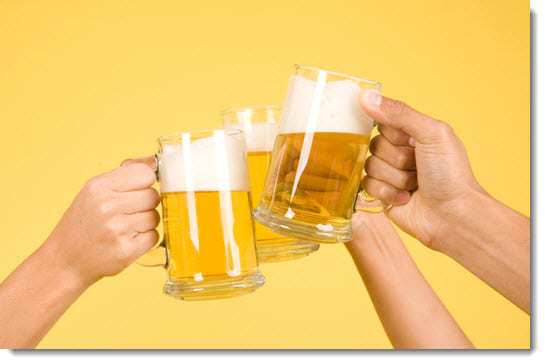 Though QR codes have been picking up speed as mobile marketing tools across many different industries, it has been observed that breweries in particular are jumping on the two dimensional barcode bandwagon to help to improve the contact that they have with consumers.

This has been noted both on products that are purchased by consumers for home use, as well as those that are displayed in pubs and bars. The Welton brewery’s Hot Chestnuts ale has been making a significant effort in this light, with a QR code displayed directly on the beer clip (a part that is attached to the hand pump for the ale) at a Whitesheaf pub in England.

When the code is scanned by patrons with smartphones, they are redirected to an online video. The video was entitled “Hot Chestnuts (a bag of)” and had a Christmas theme (as that was the season in which the code was first displayed), and was made by the Ewell St. Mary Morris men.

The QR code and the video both gained a good amount of attention and applause, though the primary complaint was that over a typical 3G connection, the video took far too long to download.

The Itchen Valley also received some notice when they also placed their QR code on a beer clip, except that their scans were not redirected to the right product.

The Greene King used their barcodes to encourage consumers to get involved in their “Proper Pint” promotion, which featured a quiz that was an element of a contest they were holding in conjunction with a rugby event.

Though they are still working out some of the kinks, it is expected that breweries will continue to pursue their use of QR codes and that they will continue to grow in popularity throughout the United Kingdom, as well as beyond.