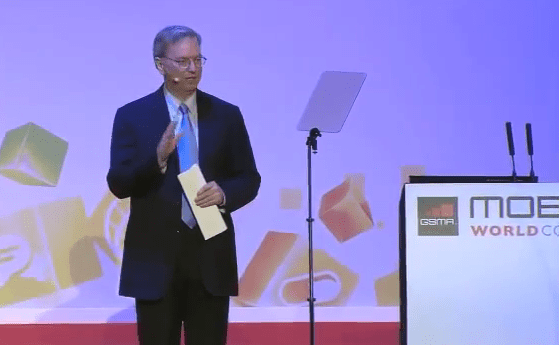 Eric Schmidt, CEO of Google, was a keynote speaker at the Mobile World Congress 2012 in Barcelona, and though he focused on the new mobile Chrome browser app, and Android, he also spoke of the state of technology in the world today, and where he believes it will be going in the near and more distant future. 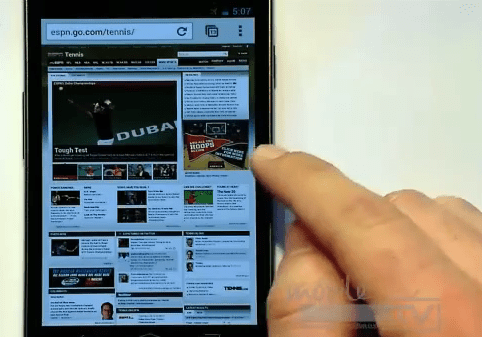 Schmidt began his presentation almost immediately with a demo of the newly released Google Chrome for Android, with the assistance of Hugo Barra from Android. Barra explained that the mobile browser was designed to be fast, clean, and easy to “bring your stuff with you” no matter where you go. To that, Schmidt added that it is by far the fastest and safest mobile browser available, and pointed out that it is also free.

Barra went over a number of the various features that make the Chrome browser different from other apps for mobile, including the existing Android browser. For example:

• Pre-caching – to demonstrate the speed of the Chrome mobile browser for Android, Barra showed how it provides suggestions to help complete a search query without typing the entire term, and that when it is “pretty sure” that it knows where the user wants to go, it begins a pre-loading process to reduce the amount of loading time required post-click.

• Link cluster zooming – when the regular (not mobile) web is accessed on a smartphone screen, and a cluster of links is too small to be visible or accurately clickable, the browser allows the user to click on that cluster to bring up a popup window that zooms in on the links so that they can be better seen and accessed.

• Unlimited tabs – unlike other browsers, including the Android browser, which have a limit to the number of tabs that can be opened, Chrome mobile allows as many sites to be accessed at the same time as the user wants. It also makes it easy to toggle among them, using a layout similar to a deck of cards that has been fanned out vertically. Tabs can easily be scrolled through, accessed, or closed.

• Cloud – using Cloud, the entire chrome experience can travel with a mobile device user wherever he or she goes. An android device can be set up to access other devices such as a laptop or desktop computer, so that any searches and pages that have been accessed on the stationary devices can be accessed on the mobile device, as well. It can also synch with open tabs in addition to the complete navigation stacks. That said, it is possible to turn it off if additional privacy and security are wanted.

The Chrome browser for Android is available at the Android Market, for free, for all ice cream sandwich phones and tablets, and has been released in over 20 countries.

The attention was then refocused on Schmidt, who spoke about the world marketplace as a whole, pointing out that though the population of the world is now over 7 billion, but only 2 billion among them are online. He pointed out that if what has been achieved so far online and through mobile has been done when there are twice as many people not online as those who are online, there remains a tremendous amount of potential that has not yet been realized. According to Schmidt, when everyone else starts to connect, the web will become even more incredible.

Schmidt believes that the future begins with individuals who are “ultra connected”. Those individuals are those in the startup companies, those who are early adopters, and people in organizations that are on the cutting edge of technology. For this group, he said, the limitations are set by what science can provide and what society deems to be ethical.

However, he believes that when a growing number of people participate, the imagination and innovation will grow along with it. The future will be one where unlimited speed and processing will not only be possible, but they will be inexpensive. Among the catalysts that will bring this future about will be the fiber networks that will one day be available in every city.

According to Schmidt, while we tend to overestimate changes in the short-term, when it comes to the more “seismic shifts” in the long term, our tendency is often to underestimate.