Many have been asking exactly what is a QR Code…

QR codes are a type of 2D matrix barcode that is widely used in mobile marketing.

These barcodes can be scanned by mobile applications that are installed in smart phones with cameras. The codes themselves can contain a relatively small amount of digital information, typically text or a URL for a particular website. Though QR codes are most often used in marketing, they are also a viable tool for information distribution.

The QR code was originally developed for use in the auto industry.

The codes were invented in Japan by Denso Wave, a subsidiary of Toyota. The codes were widely used by Denso Wave in 1994 during the manufacturing process and to track inventory. The codes were effective for this purpose, and quickly garnered the attention of companies outside of the auto industry. QR codes eventually found their way into the hands of Japanese marketing agency, which would turn them into the popular marketing tool they are today. Now, the streets of major Japanese cities are flooded with QR codes marketing a wide variety of products and services.

The Quick Response codes have labored to gain popularity outside of Japan.

They eventually found their way to the U.S. in 2008, where the real estate industry began using them en masse. The few realtors that made use of the codes at this early stage found modest success. In 2010, awareness of QR codes began to rise amongst U.S. consumers and realtors began seeing greater success with their use of QR codes. This success drew the attention of the country’s marketing industry, which quickly looked for ways to make use of the codes.

QR codes have since become a popular mobile marketing tool for businesses looking to engage the growing number of consumers with mobile devices. The codes have becomes so popularly largely du 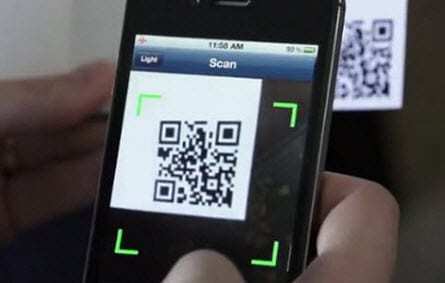 e to their cost. QR codes can often be produced for free because of their simplistic structure. They can also be affixed to nearly any surface or integrated easily into marketing materials without excessive cost or effort. The codes are not without fault, however, and the problems QR codes have often threaten to dethrone them as a leading mobile marketing tool.

Because QR codes are so simplistic, they can only contain a certain amount of digital information.

Typical QR codes can only contain simple text messages, which are often URLs for mobile websites. Limited capacity means that the QR codes can often only be used to direct consumers to websites that contain the content that is meant to be shared through the codes. They have also attracted criticism for their unattractive black and white, blocky designs, which often clash with advertisements.

Despite some of their problems, QR codes have proven themselves to be flexible. So much so that they have even been able to overcome many of the issues that would otherwise hold them back. QR codes currently hold a powerful placed in the mobile marketing industry and are expected to retain this position well into the future.