What is Tablet Commerce…

Tablet commerce is a term used to identify forms of commerce that are specifically catered toward tablet devices. Where mobile commerce has a broader focus that encompasses all mobile devices, tablet commerce has a very concise focus. Tablet devices have become so popular that they now account for a significant demographic. The design of tablets makes these devices able to accommodate various forms of content, some of the most popular of which are digital magazines and other such publications.

Apart from their uses in online publications, tablets are considered to be effective shopping devices. 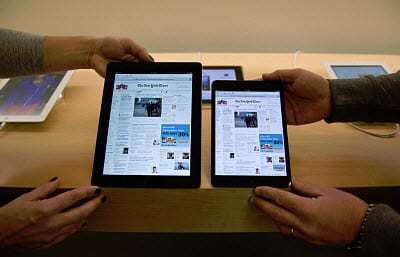 Monetate’s report notes that tablet commerce is on the rise. In the first quarter of 2012, tablets accounted for 6.52% of all traffic directed at commerce sites, more than the 5.35%  coming from smart phones. Throughout 2011, tablet traffic had increased by more than 340%. Much of this growth is traffic is attributed to the release of Apple’s iPad, which has become a very popular mobile device for a wide range of consumers.

Tablets are more than shopping platforms and they have served as a valuable tool for the print industry.

In the advent of mobile technology, the print industry began seeing a veritable exodus as consumers flocked to mobile platforms. Now, many in the industry have turned to the very technology that has been stealing away the affections of consumers, and tablets are become an ideal platform for digital publications. Most of the world’s famous publications, such as USA Today and the UK’s The Sun, have digital editions that are available for tablets.

Tablet commerce is expected to continue becoming a large part of the lives of tech-savvy consumers, especially as companies invested in mobile commerce begin providing services to these platforms. Most mobile commerce services are designed for smart phones, but the growing popularity of tablets is changing that. With tablets beginning to play a prominent role amongst consumers, the companies devoted to mobile commerce are not keen to miss an opportunity to engage people through such an attractive medium.