Apple iOS devices are leading the way in terms of smartphone and tablet advertising.

According to the results of a recent study, as published in a Millennial Media report, iPhone and iPad are the undisputed leaders in mobile marketing ad impressions and the next runners up don’t even come near the results that iOS based devices are achieving.

This is striking as Apple’s devices are no longer the dominant operating systems in terms of the number of users.

Though Android based devices have the largest number of total users, it is the iPhone and the iPad that are leading the way in terms of processing the highest number of mobile marketing ad impressions over smartphones and tablets. This, according to the Mobile Mix Q1 2013 report by Millennial Media.

The mobile marketing report was based on a measurement of impressions by device on its own network.

In order to generate its results, Millennial Media uses the over 42,000 apps and mobile sites on its own ad network to measure the mobile marketing ad impressions by device. When combined, this comes down to over 420 unique monthly users around the globe, including about 160 million unique monthly users in the United States. 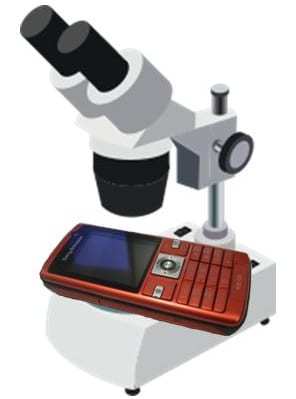 This most recent report focused on the numbers generated during the first quarter of the year. When examining the mobile marketing ad impressions processed, the Apple devices made up 36.87 percent of the total through Millennial Media’s ad network. Next, were Samsung (Android) at 26.96 percent, Blackberry with 6.47 percent, HTC (Android) at 4.82 percent, and LG (Android) at 4.52 percent. The remaining 20.36 percent was made up of other manufacturers.

When looking specifically at mobile marketing on smartphones during that period, the iPhone led the way with 20.41 percent of the ad impressions, said the report. The Samsung Galaxy S had 8.71 percent, the BlackBerry Curve had 3.26 percent, the Samsung Galaxy 5 came up with 2.30 percent, and the LG Optimus had 1.89 percent. Other devices made up the remaining 63.43 percent.

Tablet results for mobile marketing were even more extreme, as the iPad produced 54 percent of the ad impressions, while Android based devices had 45 percent and those based on BlackBerry’s operating system had 1 percent.