Mobile commerce has been gaining ground throughout Europe, but its adoption may be being slowed by slow Internet connections. Many people have come to rely on their mobile Internet connection, so much so that any device that cannot connect to the Internet is typically ignored by consumers. Exposure to the Internet and the convenience it can offer to the world of commerce has lead to a dramatic rise in the demand for comprehensive mobile commerce services. The problem, however, is that these services may not be as popular with consumers as they could be due to slow Internet speeds.

Orange, one of the largest telecommunications organizations in Europe, has released a new study concerning the availability of 4G mobile Internet. The study highlights the fact that 4G access is still quite limited, even in Europe’s largest markets. According to the study, however, approximately 53% of those with 4G connections participate in mobile commerce in some way. Slower Internet speeds mean fewer people shop and purchase products online with their mobile device, according to Orange. 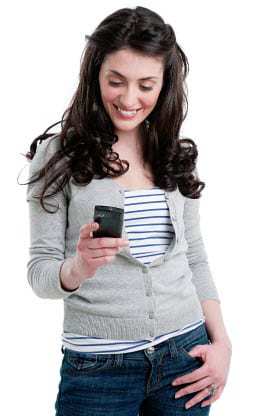 The expanded availability of 4G connectivity may make it easier for consumers to embrace mobile commerce. Faster mobile Internet speeds can also encourage more people to engage in mobile gaming. Mobile games have come to represent one of the most lucrative aspects of the global game industry. These games tend to generate more revenue for their developers and publishers than most modern console games. Orange expects that faster mobile Internet speeds could augment the revenue generated by mobile games.

4G is growing at a slow pace

The Internet plays a major role in mobile commerce. Without a reliable connection, it can be difficult or impossible for consumers to navigate retail websites and enjoy their shopping experience. While mobile Internet connection is not rare in Europe, 4G availability has been growing at a relatively slow pace. Orange believes that efforts to speed the expansion of 4G access could have major benefits for the mobile sector and those invested therein.