eMarketer has released their latest report, which has revealed the findings that include their mobile commerce predictions over the next few years based on the performances that have already been witnessed.

Based on 2012 and the growth over 2011 the report has indicates that smartphone shopping will build strength.

The mobile commerce world is now quite established and it is clearly on the rise, based on the statistics that were revealed in the report. Though the upward trend may initially have been interpreted as a potential fad, the continuation and building strength of the mobile commerce channel has made it clear that it is in no way simply a novelty that will soon fall away.

Ecommerce is increasingly making its way into the mobile commerce environment.

This trend is predicted to continue with solid growth projections from eMarketer. Their study included mobile commerce sales statistics from 2011 and 2012, and continued to predict over every year thr 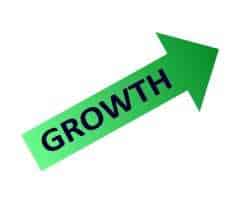 ough 2016. What the report indicated, through the research company’s projections, included the following:

• Mobile commerce sales in 2011 were worth $13.63 billion and represented 7 percent of retail shopping online.
• Last year, the sales increased by nearly double, reaching $24.66 billion and representing 11 percent of online shopping.
• eMarketer predicts that the sales total will reach $38.40 billion this year, and that purchases from tablets and smartphones will make up 15 percent of all online buying from retail sites and apps.
• In 2016, it is predicted that the mobile commerce sphere will be worth $86.86 billion in sales and will represent 24 percent of all retail online shopping.

The statistics compiled by eMarketer did not include mobile commerce purchases for travel or for event tickets. This represents a long lasting, solid upward trend that shows no indication of reversing itself. In fact, by looking at those figures, all things being equal, it implies that there should be similar growth in the years to follow. This data adds further support to other research that has already been making similar types of growth claims.