A report has just been released that shows that Apple smartphones are responsible for 68 percent of mobile sales.

According to the results of research performed by Unbound Commerce, iPhones account for 68 percent of mcommerce sales, while Android smartphones make up an additional 31.4 percent of those sales.

The analysis used data gleaned from a number of retailers in order to make this determination.

Among the various companies that participated in this mcommerce study were: HauteLook, e.l.f cosmetics, Ice.com Inc., and Wine.com Inc. They shared their internal analytics data in order to be able to identify trends in the mobile commerce sphere and provide a better understanding of the types of mobile devices that are used for making purchases.

It was clear that in the world of mcommerce, iPhone was by far the leader, with Android at a distant second.

Though this reflects what other similar mcommerce studies have discovered, what is surprising about these figures is that iPhone is very dominant and yet Android phones make up 52.5 percent of the smartphones used by consumers. iPhones, on the other hand, account for only 34.3 percent. This, according to comScore data’s figures.

This indicates that in terms of sales value through mcommerce, iPhone users have a great deal more weight than those who use Android devices. Throughout the shopping season in December 2012, 68 percent of purchases made over a mobile device came from Apple phones. This was the case based on 300 different retailers who were using the Unbound Commerce smartphone platform. 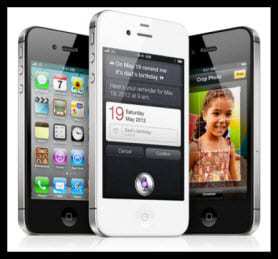 As that represents the purchases made over the most important shopping season of the year, it will likely provide marketers and companies with vital direction for their mcommerce campaigns throughout 2013.

The mcommerce channel is exceptionally new and the players within it are still using a trial and error, hit and miss style technique to help to run their campaigns as successfully as they can. However, the more data they can obtain through studies such as this one, the better they are capable of fine tuning their efforts in order to reach out to the consumers who are most likely to make a purchase using their smartphones.