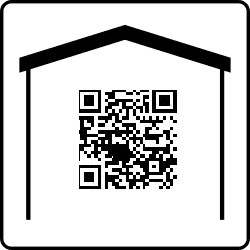 Barcodes are being used in the industry to help with a wide range of different services and conveniences.

Hotels are among the industries that have found the most uses for mobile commerce features to offer their customers, and these include being able to scan QR codes for various different purposes.

Among the most recent applications have included tourist information and even paying for the room.

Some services have been developed to allow customers to use the QR codes as their room keys. These barcodes are very inexpensive to generate and their uses are limited only to the imagination of the mobile marketing team at the hotel. There is even a unique hotel room in the Netherlands that was created by Dutch fashion designer, Antoine Peters, who covered the room’s entire décor in quick response barcodes.

The Hotel Modez, located in the city of Arnhem, the capital of the Gelderland province of the Netherlands, is the home of that room that is covered in QR codes by Peters. When those barcodes are scanned, they provide the smartphone user with access to different sexy pictures.

The QR codes in the room cover the wallpaper, the drapery, the bedding, and the pillows. Peters recently explained that “Scanning the codes guides you into the world of pornography, pin-ups and other piquancies.”

As common as QR codes are in hotels, this use is far from typical. The Hotel Modez has provided quite an exception to the much more traditional types of use that place the barcodes on tourism posters and brochures, or cocktail napkins. Typically speaking, the barcodes are used by the hotels to market a product or service, or to provide an additional beneficial and practical service to customers – such as directions to nearby attractions – that may help to build loyalty.

The Austin location of the Four Seasons, for example, provides QR codes on the cocktail napkins at their bar. They will usually direct customers to the Facebook page for the hotel, but occasionally, they surprise the smartphone user with an offer for a free drink or appetizer.