It appears as though many device users are opting for apps instead of browser based engine queries.

When it comes to the paid search element of mobile marketing, it looks as though the trend is moving toward apps such as Yelp, and are stepping away from the previously preferred use of search engines via browsers.

This is representing a considerable threat to the dominance of Google when it comes to paid search.

The reason that so many people are starting to choose apps is that there are so many of them now available and a mobile device user is nearly always capable of finding one that will cater specifically to his or her unique needs. This could present a sizeable problem to the mobile marketing revenues that are being collected by Google, the current distant leader in this space.

A recent report from eMarketer showed that Google’s share is falling in this element of mobile marketing. 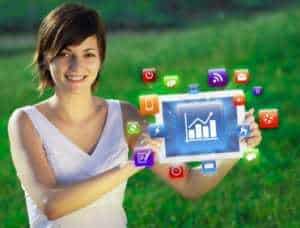 The eMarketer report showed that by 2018, mobile will represent 85.9 percent of all ad search dollars that are spent, bringing it to a predicted total of $28.41 billion. That said, while Google’s share of that sector had been an unbelievable 82.8 percent in 2012, it will drop considerably over that period of time, to become 64.2 percent.

Over the last year, alone, Google went from being essentially the only player in mobile search – certainly the only major player – to a position that was 15 percent smaller. The difference is due to the rapidly growing popularity of apps such as Yelp, and many others, that are grabbing up a rising amount of the total search spending.

At the same time, it is also unlikely that Google will be losing its position as leader in the paid search realm, despite the fact that its majority position is shrinking. The decline is a direct result of the shrinking role that browsers are playing in some elements of smartphone use. A recent report from Flurry has shown that 86 percent of a consumer’s smartphone time is spent on apps. This is a defining figure when it comes to the future of mobile marketing.