While some feel that the effort is a tremendous one in this channel, others are expressing their doubts.

Walgreen is a company that is known for its regular and continuous innovation, and its mobile commerce strategy is now attracting attention from those in the industry who are seeking to decide whether the company has upheld its reputation over this channel, as well.

This company invented the malted milkshake in 1922 and has been introducing firsts since then.

The innovations have continued at Walgreen as self service shopping was introduced, replacing service from clerk service as of 1950, and were the pioneers in the 1990s of the drive through pharmacy concept. The company is now leading the way in the pharmacy sector in terms of mobile commerce, to the mixed reactions of those who are watching. 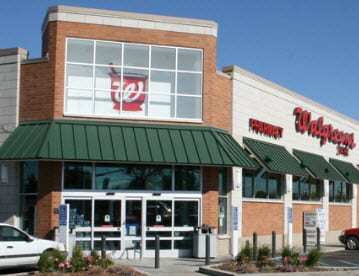 Mobile commerce is also one of the initial efforts that the company is making for online shopping overall.

In the digital universe, Walgreen is rather behind the times, as Amazon will be celebrating its twentieth anniversary in two years. However, provided that the mobile commerce strategy is actually successful, then the date of entry into the marketplace will be considered to be irrelevant. At the moment, sales over smartphones and tablets at the company’s site represents an estimated 0.04 percent of the total.

That share of its sales will not come anywhere near being able to offset the struggles that are seen with weaker sales in their brick and mortar sales within the last quarter. However, the mobile commerce efforts remain promising as the traffic online is continuing to grow.

According to the company’s own data, there are 12 million visits to its websites every week, which is an increase of 50 percent over the same time last year. Its sites include Drugstore.com, SkinStore.com, Beauty.com, and VisionDirect.com. Walgreen has also stated that in 2011, its app downloads shot up by 500 percent and they experienced a doubling. That said, specific numbers were not provided.

Wade Miquelon, the Walgreen chief financial officer, spoke about the mobile commerce strategy in May, saying that “mobile is just going through the roof.”