The mobile devices are swamping the industry and now the race is on to make them attractive.

As QR Code Press has been reporting over the last couple of weeks, one of the hottest trends to hit the fashion runways is wearable technology, as mobile development companies and designers partner together to prove that smart can be sexy, too.

Until now, the devices have been geared toward function, but this has caused customers to hesitate to buy.

Indeed, many who have already purchased wearable technology devices such as smartwatches and fitness trackers are already wondering how they survived before they owned – and wore – these gadgets. However, most of these tiny pieces of tech have yet to truly take off in the mainstream, as consumers wait for a more visually appealing option to make the price tag more worthwhile.

Though wearable technology definitely has its draw, most people still don’t want to look like sci-fi cosplay in their everyday lives. 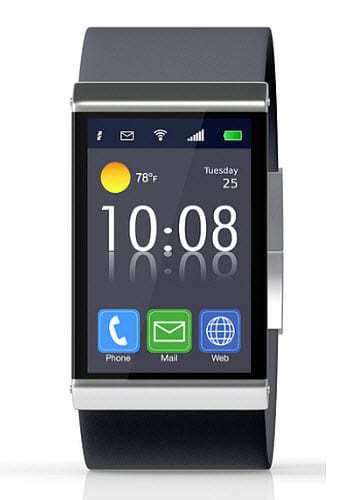 The solution, according to the mobile device developers? A partnership with top designers. While Galaxy Gear smartwatches may not have met the sales expectations Samsung had originally applied, its redesigned Gear 2 and Gear 2 Neo may have experienced just the makeover required to change a lot of minds.

Similarly, while the original Google Glass headband-style design may have been a punch-line in many technology news articles, the most recent redesign to work them into fashion eyeglass frames could make all the difference – especially now that it is becoming possible for insurance companies to cover part of the cost of these mobile devices when it comes to prescription versions.

New York has seen one fashion week and event after the next filled with 3D printed shoes, smartphone controlled dress patterns, and jewelry from brooches and pins to necklaces and bracelets that will track everything from biorhythms to cell phone calls. All with a focus on looking ultra hip.

When it comes to the appeal of wearable technology, there is a very fine line. Every part of it needs to be taken into consideration, from its form to its function. As is the case with anything else that people are willing to wear, there needs to be a certain amount of style involved. It is important to be smart, but if it is going to sell, it’s got to be sexy, too.