The popular messaging app has made it possible to create quick response codes for websites, not just profiles.

It is now possible to create a Snapchat QR code for a website, not just for an individual profile. The messaging app has been using the quick response codes format for quite a while. The barcodes make it easier for mobile device users to exchange profile links without having to manually enter an individual’s data.

The QR codes have now been broadened to allow people to scan to access websites as well.

The Snapchat QR code lets barcodes replace the need for typing names, words, URLs and numbers into a mobile device with a touchscreen keyboard. While many areas of use for quick response codes have had mixed reactions, the messaging app has managed to make them quite popular. Users do share the barcodes and they scan them as well. They simply make sense as they provide ease, speed and convenience.

The original Snapchat QR code allows users to add other people to their contacts by way of a simple scan. 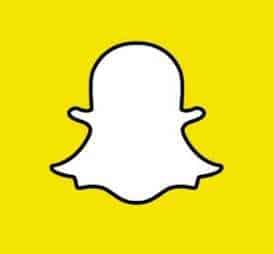 That is considerably faster than the traditional method of adding a contact, which includes entering information with a touchscreen keyboard – a process that is notoriously clunky.

With the success of those barcodes, the mobile app is now rolling out new Snapcodes that are for websites. Each one is unique and, when scanned, will direct the user to a particular URL. Like the original QR codes, this eliminates the need for typing. Instead of trying to enter a website URL into a browser, a scan does the job automatically. The mobile device user is then automatically directed to the intended site.

If they are successful, it will mean that the Snapchat QR code will have been able to do what the traditional quick response code has yet to widely accomplish in mobile marketing.