People are now using smartphones and tablets for shopping to the degree that they are part of the norm.

The Interactive Advertising Bureau (IAB) has released a mobile shopping trends report. It is titled “Mobile Commerce: A Global Perspective.” Within the report, the IAB showed that 75 percent of smartphone and tablet users are mobile shoppers. They had purchased at least one product or service over their mobile devices in the previous six months.

The study took an in-depth look at the way mobile device users from 19 countries saw m-commerce.

Among the participants who had been taking part in the mobile shopping trends, 23 percent make weekly purchases. Furthermore, the research revealed that consumers in China and Turkey make the majority of their shopping purchases on smartphones (44 percent) or tablets (42 percent). Moreover, people from the United Kingdom, Singapore and Australia all said they made one third or more of their purchases on mobile devices.

The mobile shopping trends study also looked into the timing and frequency of the purchases. 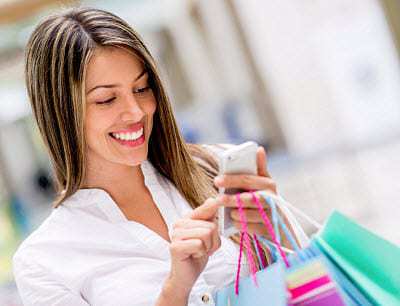 When taking all study participants into account, 57 percent said they had been using mobile commerce for more than one year. Another 28 percent said they had shopped over m-commerce channels for the first time in the last six months. Participants in Columbia, Peru and Austria were among the fastest new adopters. They made a considerable number of first purchases within the last year. Also considered to be rapid adopters were the people of Mexico, Turkey, France and Chile.

Consumers reported that they liked mobile commerce for the time saving, convenience and ability to find the best price. These were important factors for 80 percent of the study participants. Another 62 percent of consumers intended to increase their purchase of products and services over mobile within the next half year.

The mobile shopping trends in the United Kingdom, Brazil, France, Ireland and Peru all revealed the largest interest in making more purchases over smartphones and tablets. Among those already shopping via m-commerce, 76 percent said they had recently engaged with mobile advertising. Thirty three percent had clicked the ad to learn more about what it had to offer. Another 28 percent followed the advertisement to the advertiser’s website.