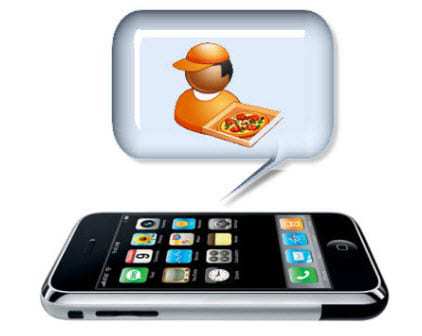 The fast food chain has launched a new app that takes advantage of AR technology.

Pizza Hut Middle East has just announced the launch of the first augmented reality mobile app in the region’s Quick Service Restaurant industry, in order to help spread the word about the company’s Family Box, while targeting a youthful and tech savvy market.

The app has been created through the use of Ogle technology, which has been making mcommerce news.

That company just announced its own launch at the GITEX 2012 in Dubai. That consumer electronic exhibition also provided the venue for the demonstration of the new augmented reality enhanced view of the latest mobile commerce offerings from Pizza Hut.

The app uses augmented reality to overlay video content and exciting contests through the use of mobile devices.

To use the augmented reality app, users with iPhones and iPads can download it from the iTunes store. Then, to see the AR features, the mobile device users simply need to open the app and hover the device over the latest print ads from Pizza hut. This will allow them to connect immediately with the Facebook page of the brand, its website, and even view the most recent television commercials.

The company hopes that it will help mobile users to better connect with the brand and receive a more dynamic snapshot of the various deals that it has to offer at any given time. It will also help to promote the most recent innovations that it has released, such as its “cone crust” pizzas which were created specifically for that region.

The new augmented reality app is geared specifically toward the individuals who are the heaviest users of social media. The Facebook page of the company has already achieved an engagement rate from its users of an average of 100,000 people every month. Furthermore, since October of last year, it has undergone year over year growth from 56,000 fans, to reach 815,000 in November 2012.

It is hoped that the augmented reality app will help to tie together the value of the brand across multiple channels and reach out to the highly connected, youth oriented communities in the Middle East.