These products could be very helpful to baby health and assists parents with providing proper care.

Although the QR codes on smart diapers aren’t designed to allow you to receive texts, check your emails, or view a website, they can be a very important element in data collection that can promote better baby health.

Though this may not seem like a tremendous problem, wet diapers is one of the largest concerns to infant wellness.

Now, QR code diapers have been created in prototype and, in conjunction with an iPhone app, could represent the future of allowing your baby to urinate without pain and to avoid very uncomfortable health consequences to wet diapers. Many parents aren’t even aware of the danger presented – particularly to girls – when a wet diaper leads to a urinary tract infection. 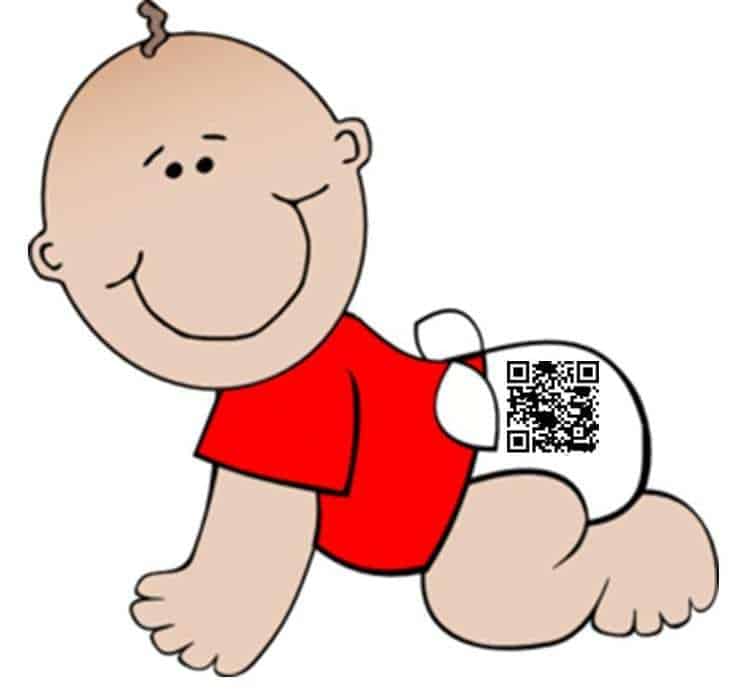 The app and QR codes in the prototype diapers help parents to avoid that problem altogether.

A wet diaper is very bad for the skin and other parts making contact with a little one. That said, many babies and young children are very inefficient both at indicating that their diapers are wet and that there is a health concern that needs to be addressed. It is in this area that the Pixie Scientific smart diaper, which uses QR codes, is designed to help.

The parent can then scan the used diaper QR codes, using the associated iPhone app, in order to read the color of the test strip. The app allows the results from the baby to be tracked and updated regularly. The idea is that monitoring on a day to day basis will be able to allow parents to detect potential urinary tract infections in their babies even when they are quite early and no symptoms – such as irritability and fever – have developed yet.