A new Fiksu report is showing that the costs associated with advertising and promotions spiked that month.

Fiksu, a leading company that assists brands throughout the optimization process for Android and iOS mobile app advertising and promotion, has just released their findings following a study regarding the spending on mobile marketing over the holiday season.

The report looked into the impact that the biggest shopping season of the year had on these costs.

What they found, according to the publication, was that the holiday season caused mobile marketing in apps to skyrocket by as much as 30 percent in the month of November 2012, alone. This was occurring at the same time that the actual number of smartphone and tablet app downloads was on the decrease.

The spike in mobile marketing spending shot upward in November when compared to October.

What the Fiksu. Cost Per Loyal User Index indicated about the price of mobile marketing for companies in November was that there was a 30 percent increase. This means that for every loyal customer, it cost 32 cents more (at a total of $1.38) than it did the month before. In October, the cost per loyal user had been $1.06.

This indicates a dramatic alteration in the direction of the Index, which had shown a steady decline in the cost of mobile marketing throughout the previous four months. October represented low for the entire year when the release of the iPhone 5 encouraged a larger number of organic searches and advertising and promotions spending that was more cost efficient. 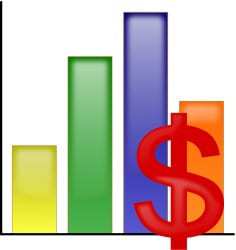 According to the Fiksu report “November’s spike brought marketing costs remarkably close to last year’s level in November 2011.” It also pointed out that it reflected the influence of the launch of the iPhone 4S quite closely which was followed by last year’s holiday crunch.

At the same time that those mobile marketing costs were rising, the Fiksu App Store Competitive Index recorded a drop of 15.5 percent in the daily downloads in November, bringing it to 4.57 million per day. This was far lower than the 5.4 million daily downloads that had been recorded the month before.