QR codes may not often win the attention of consumers on a regular basis, but that may be because they are rarely used in innovative ways. QR codes have become very popular marketing tools, but much of their popularity comes from the advertisers and companies that are using them. In a very general sense, consumers often avoid QR codes because they offer lackluster experiences that some people consider to not be worth their time. A Barneys New York store in Ginza, Tokyo, one of the most luxurious shopping districts in Japan, is engaging consumers by using QR codes in an unusual way.

QR codes are very common in Japan, as they are widely used in nearly every marketing campaign that can be found in the country. As such, Japanese consumers are so comfortable and familiar with the codes that scanning them can seem almost second nature. Despite this familiarity, marketers continue to look for new ways to make use of QR codes to keep engagement with consumers high. This is the case with Barneys New York, which has implemented a new marketing campaign developed by Simon Doonan, the man behind many of the retailer’s past campaigns.

Innovative use of codes proves successful with customers

Doonan has developed a new window display for the store that incorporates QR codes. Every 15 minutes, a QR code is projected on to the store window for a short period of time. Those attentive enough to scan the code have a chance to win a wide range of prizes from the store. The initiative is part of the Treasure Hunt Window campaign, which has run throughout the holiday season in Japan and elsewhere. The initiative has proven to be resoundingly successful, as many Japanese consumers have lingered around the store window so they do not miss their chance to scan the QR code when it comes up. 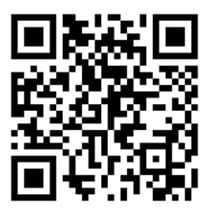 Finding innovative ways to make use of QR codes is one of the way to ensure that the codes will actually be used. Consumers have, in the past, responded well to unusual QR code displays, so long as they can associate the QR code with an actual marketing campaign from a real company. Retailers often must find a balance between pushing the boundaries of QR codes and finding ways to keep campaigns straightforward enough for their consumers.