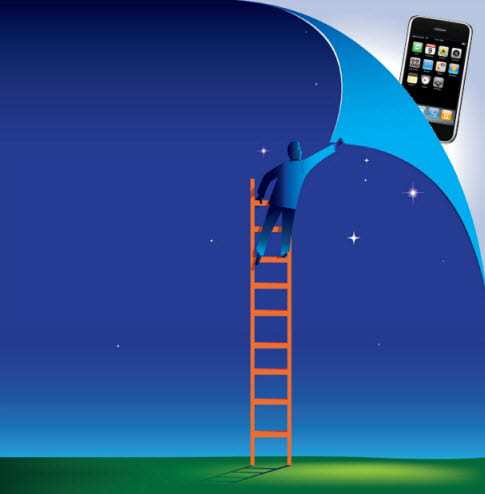 Or will other technology swoop in on the mobile payments market…

When the topic is mobile payments, Google is quick to come to the forefront of a discussion, but as that company’s Google Wallet has been slower to catch on than some had predicted, and it is based on NFC technology, which isn’t yet available in the majority of smartphones, many are wondering whether near field communications technology is truly necessary for secure contactless payments to catch on.

Many sources are starting to suggest that it could be five years, a decade, or even more before a solid, realistic infrastructure for NFC is in place that will take five years to a decade, if not more. If this is the case, other technologies that are already being used for making face-to-face payments with mobile devices will have come a very long way.

After all, when you think about the cell phones that were being used five years ago, they barely compare with the devices that are used today and the way in which they are being used for communication. Within half a decade, a revolution in data access and communication has occurred, and it will likely happen again within the next five years. What isn’t yet known is whether or not that will mean that NFC will become mainstream, or if it will be left behind as other technologies are allowed to develop without it.

One of the deciding factors could be the next iPhone. It is rumored that iPhones with NFC enabled technology could hit the store shelves as soon as this year. The popularity of this device and its ability to flood the marketplace could completely change the game for NFC and its potential as one of the most commonly used mobile payment technologies, if not the market leader.

Naturally, security will also play a key role in the mass adoption of NFC. Recent breaches to existing payment systems have drawn security back into the spotlight after it had undergone a period where consumers using it with a certain level of confidence. Online merchants have already been facing significant problems with security, having implemented a number of different measures to help stop the wrong people from obtaining the personal and financial information of their shoppers.

What mobile payments will need in order to truly catch on is to make sure that their use is extremely fast and easy, but that it is also very secure. If NFC can achieve this, it may have the opportunity to shoot ahead of its competition.