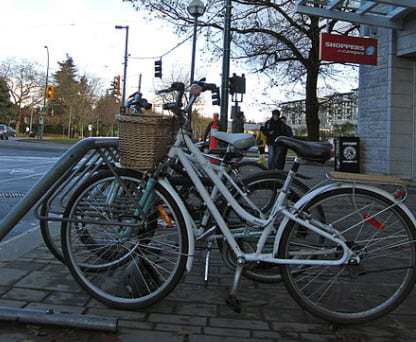 Australian police in Victoria have given their approval to MyBikeRego, a new QR code and cloud-based technology product that helps to simplify the retrieval of bicycles that have been stolen.

MyBikeRego is the product of the Australian startup company that bears the same name. The annual membership fee costs $30 (AUD) and it provides consumers with three QR codes that can be affixed to their bicycles. Each consumer’s barcode is unique to him or her and, when scanned, is linked to an individual profile which is stored in the cloud and provides details about that bicycle, including its owner.

The goal of the product is to deter thieves by making it simpler to identify the vehicle’s owner, as all that is required to find out to whom the bike belongs is to scan it using a mobile device such as a smartphone.

The MyBikeRego member can also use the QR code profile to store additional information such as the next of kin and blood type, allowing it to become a handy tool for emergency service providers in case the bike owner is ever injured and requires assistance.

Last year, in the Northwest Metro Region of Victoria, MyBikeRego met with Craig McDonald, a Crime Prevention officer and a Leading Senior Constable. McDonald was impressed with the product offered by the company.

He stated that “As Police if we find a bike they all look the same to us,” and explained that this makes it very challenging to assist individuals whose bicycles have been stolen. The fact that bicycles are extremely portable also makes things increasingly challenging, as they often turn up in places that are a long distance away from where they were originally taken.

It is, therefore, McDonald’s opinion that MyBikeRego offers “an excellent way of relocating your bike” and he has been making recommendations to bicycle owners to use this product when he attends cycling promotion and crime prevention events.

He also pointed out that the QR code sticker itself is quite tough and that they are exceptionally difficult to remove. The only option that would be left to a thief, who actually knew what it was in the first place, would be to try to grind it off or burn it off.