The retail giant is now adding a number of smartphone friendly services and features.

Walmart has had its ups and downs when it comes to the efforts that it has made to be successful in m-commerce, and now it is taking a few more steps in this direction in the hopes of getting it right.

The biggest change is that it is hoping to entirely transition itself away from paper receipts and toward digital.

Although e-receipts are nothing new and they are offered by many retailers, already, typically they are simply emailed to the customer and don’t really offer any additional benefit aside from having a digital alternative copy of what would typically be found on a printed paper receipt. Walmart has taken a new look at this technique and has found that there could be an m-commerce opportunity within it. It believes that a strategy that incorporates mobile devices in this way could be an important one for innovating the consumer’s experience while in store.

This new m-commerce platform is being tested by Walmart at a number of its store locations. 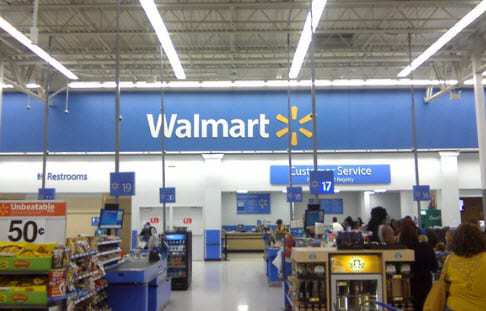 The purpose of these trials is to be able to perfect the platform ahead of a more widespread launch, which will occur at some point down the road that has not yet been identified. According to the WalmartGlobal Ecommerce vice president of mobile and digital strategy, Wendy Bergh, “We want be the leader at the intersection of digital and physical.” She added that “It is a critical piece of Walmart’s strategy to lead in retail and ereceipts is one of the technologies that we believe is going to help accelerate us on that front.”

Bergh also explained that the retailer knows that more than half of its customers are currently own smartphones and Walmart believes that those individuals are seeking a greater digital experience from the stores. Now they intend to develop an application that will allow consumers to expand on their experience as a shopper, because “just like they go to our supercenter in the physical world, our app is really going to be the supercenter for them in the digital world.”

This m-commerce strategy is being designed to offer consumers a broad range of different features. While this will begin with ereceipts, it is also expected to move onto shopping lists, mobile purchasing, pharmacy, and others. That will represent the foundation of the app, and they expect to grow it from there.