The company has said that it will only be shipping the devices directly instead of selling in store.

T-Mobile US Inc. has recently revealed its latest technology news that it will not be carrying BlackBerry Ltd. smartphones within its stores, opting only to ship the devices directly to the customers, instead.

This announcement from one of the No. 4 American wireless service provider’s executives.

According to the executive vice president for corporate services at T-Mobile, David Carey, this technology news decision was made last Wednesday, just a couple of days after BlackBerry announced that it would no longer be marketing to consumers due to the shockingly weak sales that it had achieved for their smartphones since the release of the latest models in January of this year. 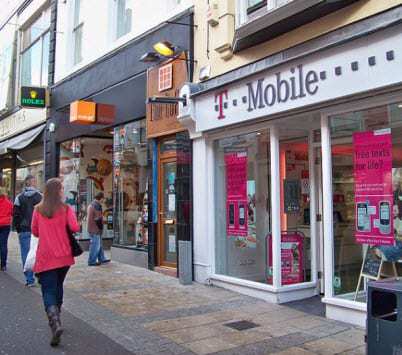 Carey went on to explain the reason that his company has come to this decision that is making technology news headlines. He said that “keeping stock in the retail distribution system was inefficient” as there has not been a high enough demand for BlackBerry smartphones by consumers.

He also went on to add that the BlackBerry smartphones are most commonly purchased by businesses, which are a type of customer that does not make its purchasing decisions within a store location. For that reason, it didn’t seem to make any sense to continue to make the effort to sell the devices on the store shelves.

Instead, he explained in his technology news statement, T-Mobile will still be selling BlackBerry smartphone devices, though not for immediate purchase within the store locations. They will have display models available for consumers to view, and they can make a purchase order from the store locations, but only to have the item shipped to them at home. They will not be able to actually pick the smartphone up off the shelf and buy it at the point of sale to bring it home directly at the time of the purchase. T-Mobile does not predict that this will cause any issues in the sale of the devices.