Google has been making an effort to overhaul its mobile commerce platform, called Google Wallet. The Wallet was launched in late 2011 and is meant to store financial information and facilitate payments from a mobile device. The platform has become relatively popular despite a turbulent launch and some concerns regarding security. The Wallet is based on NFC technology, which means only devices equipped with this technology can actually use it. This has become one of the greatest criticisms of the mobile commerce platform among consumers, and Google has been listening intently.

Wallet will be more accessible to those without NFC-enabled devices

Google has plans to nix the NFC requirements of its Wallet platform in order to make it more accessible to a wider range of consumers. While the company has expressed its faith in the technology and its use in mobile commerce, the low availability of NFC-enabled smartphones and tablets has limited the platform’s reach. Google intends to release a new version of the Wallet platform that makes no use of NFC technology whatsoever. 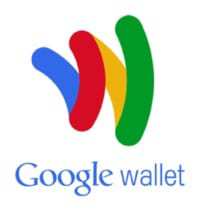 Mobile commerce is moving away from NFC

NFC is quite common in the mobile commerce field. The technology facilitates the transmission of digital information over short distances, making it especially useful where mobile payments are concerned. While NFC forms the backbone of many mobile commerce platforms, the exclusivity of the technology has been a deterant for many people that have expressed interest in mobile payments. NFC-enabled devices are still somewhat rare and many consumers have expressed little interest in buying a new device just to gain access to the technology. As such, the mobile commerce field has begun moving away from NFC technology, opting for alternatives that are more available to a wider range of consumers.

Users of Google Wallet will still be able to store a variety of financial information on the platform as well as store the data associated with loyalty programs. The fact that Wallet will no longer be reliant on NFC technology is likely to allow it to finally compete with similar services being offered by PayPal and other companies.