The technology giant is no longer experiencing an acceleration of shipments for those devices.

According to some of the latest mobile technology industry data, while the tablet commerce competition for Apple experienced a growth of their device shipments of 79 percent over the last year, Apple’s growth was notably lower at 13 percent.

At the same time, while market saturation approaches for these devices, the company could still hold strong.

The report by ABI research indicated that even though there have been notable challenges along the way, as the tablet commerce marketplace in the developed countries of the world starts to come nearer to the saturation point, Apple may still be able to keep a position as a powerful force. The key, said the report, would be to maintain an emphasis on the primary strengths of Apple’s devices while it continues an exploration of new opportunities.

At the same time, the tablet commerce dominance of Apple over the marketplace is far from assured. 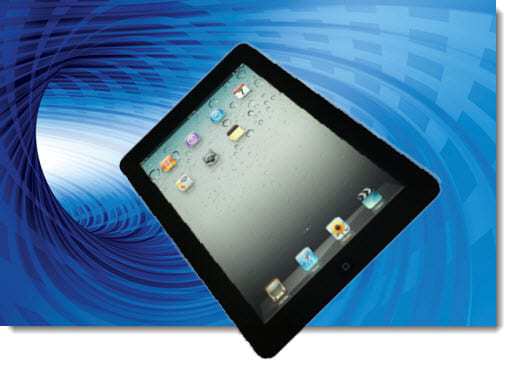 Stephanie Van Vactor, an analyst from ABI Research, indicated that “Historically, Apple has dominated the market, but the current shift in the ecosystem has raised question marks over its control and future.” Although competing tablet products that run on the Android operating system from Google have now surpassed the unit volume shipped by Apple, the revenues generated by iPads last year still managed to leave the entire rest of the market in the dust by a solid 11 percent.

Still, the tablet device market for Apple appears to have reached a new point in its existence and it doesn’t yet appear as though the company has found the opportunities that it would need in order to be able to explore new avenues using these mobile gadgets. At the very heart of the business model at Apple, creativity has always held strong. This was vital to the implementation of the iPad, and to its tremendous success.

The “less is more” strategy used by Apple provides this technology giant with the natural capability to experience powerful achievements during a sector’s earliest stages, but to open itself up to notable vulnerabilities when that market comes closer to its maturity. What many people are now wondering is if this tablet commerce trend is a sign of the loss of momentum at Apple, or whether the competition is starting to be able to catch up as a new range of choices begin opening up to consumers.