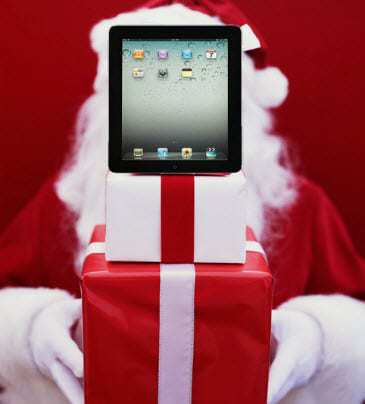 Better rates are experienced through tablet shoppers than those on their phones.

The Fat Brain Toys co-founder and president, Mark Carson, has discovered that there is a considerable difference between the conversion rate that they see from t-commerce, and that experienced as a result of shoppers on their smartphones.

What it has revealed is that there is a great deal of potential out there for targeting tablet owners.

Carson explained that his company was facing a large decision, saying that originally, it was “Do we develop our site for Netscape, Internet Explorer, or accommodate each? Do we develop OS-specific features that work on Windows, Mac, or accommodate both? Do we build in support for both Flash and non-Flash? JavaScript and non-JavaScript? The list goes on and on.”

Carson explained that the question today is different for businesses looking into mobile and t-commerce.

He stated that the question companies are now facing is how they should go about leveraging the “growing legions” of consumers who access websites through tablets and smartphones. Though he has acknowledged the importance of mcommerce, he also discovered a new branch of decisions as he realized that optimization may be required for t-commerce, as well as regular smartphone users.

Fat Brain Toys chose to look at this issue on different levels. The first was that t-commerce offered a distinct usability advantage and therefore produces a considerably better conversion rate than smartphones. Therefore, they made the choice to optimize their website for tablets in time for the 2012 holiday season, which would be followed by one for smartphones this year.

Thanksgiving 2012 was the launch of the t-commerce optimized site and they feel that they make a good move by aiming directly at tablet users. When they compared the data from the first 45 days following Thanksgiving with the t-commerce site that was optimized for the iPad with the 45 days before that, they experienced a conversion rate through tablets that was 221 percent higher.

He added that the pre-Thanksgiving t-commerce conversion rate was 39 percent lower than that of the rate over desktop. Following that day, tablet conversions were 8 percent higher than the rate for desktops.