QUICKOM makes it easy to call people directly by scanning a QR code.

QUICKOM has been designed to give control over communications back to the user.

Focused on delivering privacy and ease of connectivity, QUICKOM has been developed to bring call center capability to everyone at almost zero cost, essentially returning control over communications to the user. It is also available for personal use to keep inbound communication private and in the user’s total control.

Moreover, as well as using QUICKOM QR codes to place calls to companies, users of the app can also generate their own entirely unique and customizable personal codes. Users can set the budget range, the call’s final destination, expiration dates and so on. Users even have the option of setting a quick response code to be valid for only a single call. This would make searching for a personal phone number linked to a name and address obsolete.

The technology does offer several advantages. Beyond the control and privacy it provides those who wish to use it for personal reasons, companies can benefit in a variety of ways.

“What’s great about the QR codes is that you can better organize workflows and even events,” says found of Beowulf Blockchain, Dr. William Nguyen, reports TokenPost.

“Imagine someone is making their way to a birthday party, for instance. They can’t find the venue, what do they do? Call ahead to get directions, right? OK, but what happens if the line’s busy or goes unanswered? That sort of thing doesn’t happen with QUICKOM.”

According to Nguyen, QUICKOM lets you spread the communication responsibility to a small group of people.

“In other words,” Nguyen says, “when the QR code is initiated, a bunch of people’s phones will go off. One person answers, the other phones stop ringing.” 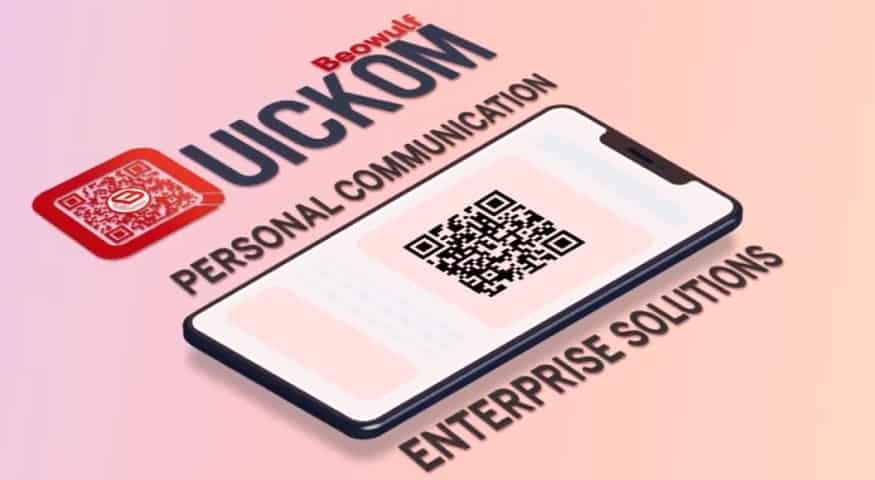 Perhaps one of the most interesting aspects of QUICKOM QR code is that companies and individuals do not require any specific software to make and receive calls and texts.