As winners of ‘A Vision of 2022’, the image-recognition company is invited to the American telecoms giant AT&T’s Innovation Foundry in California.

5th March 2012, blippar, the image-recognition company, has been chosen as the most innovative mobile technology in the world after a public vote at Mobile World Congress (MWC) in Barcelona this week.

Blippar wowed audiences with a demo of its free app at the “Vision of 2022” session, hosted by US telecoms giant AT&T. Competing against some of the world’s finest innovators in the mobile space, blippar won by public acclamation against three other contenders – Audience, Fiksu and Expertmaker.

As part of its prize, blippar will get to spend time at the AT&T Foundry, in Palo Alto, California, to discuss the potential of its technology and meet with John Donovan, AT&T’s chief technology officer. The AT&T Foundry facilitates innovation development through a diverse, collaborative community supported by a network of strategic technology companies. This open environment enables a range of innovation that includes Applications, Devices, Cloud Services, Enabling Technologies, and Operational Support.

Blippar was at MWC as part of the UKTI delegation, representing the very best in UK technological innovation. In the nine months since the company launched blippar has worked with global brands including Nike, Mercedes, Heineken, Guinness, Nestlé, Wrigley’s and Tesco. 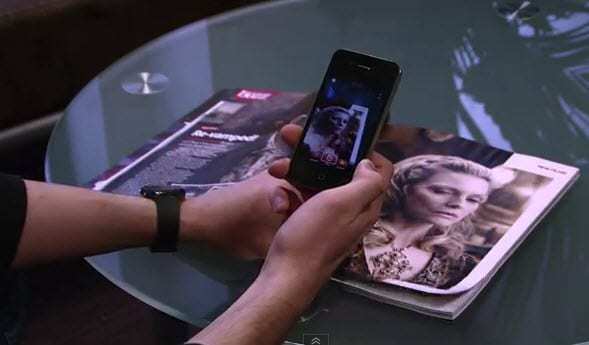 “As a start-up it’s great for us to receive recognition like this from industry experts who will shape the future of mobile technology. We have a real vision for how our platform can change retailing, publishing and mobile marketing, and we’re now seeing other people really grasp its potential too. It gives us the confidence to build bigger and better functionalities within the application,” said Ambarish Mitra, CEO of Blippar.

“We are looking to expand the business globally and this opportunity will provide us with a fantastic way of networking and a chance to tap into AT&T’s incredible knowledge and expertise.”

blippar(tm) is the first image-recognition app for smartphones targeted at brand-customer interaction. A free-to-download app, blippar(tm) opens up in camera mode and becomes a single, magic ‘lens’ through which your favourite products, newspapers, magazines and advertising in the real world are instantaneously recognised and converted into fun, informative digital experiences.