Though this may not quite be the case in North America, the massive Asian population is tipping the scales.

According to the data included in an industry report, it looks as though mobile commerce is headed in the right direction to overtake the use of laptops and desktops as vehicles for shopping online.

The report claims that a boost in the trend toward shopping online and the use of mobile apps is behind this shift.

The report was produced by KPMG, in which it stated that “It is estimated that the mobile app downloads would grow sixfold by the end of this year to 9 billion apps.” It also pointed out that when it comes to mobile app markets, the most rapid growth is being seen in India, and this has been the case throughout 2013 and 2014, showing that this is an ongoing trend and not just a flash in the pan. Of the global app downloads, India, alone, contributed a massive 7 percent. This represents a considerable potential for the use of mobile commerce tools and features.

That said, India was not even the top user of apps and mobile commerce applications in the world. 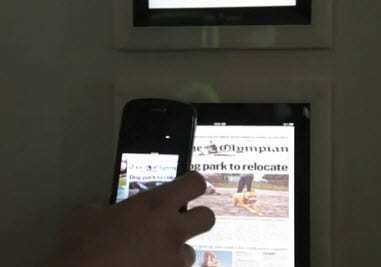 That country, as massive as its contribution of downloads was, ranked in fourth place. In first place was Indonesia, followed by China, and then the United States. That said, the difference that is now being seen, and the positive forecast that has been measured, have been based on the number of people who are now connecting to the internet by way of their mobile devices. That rose by 33 percent in 2014, reaching 173 million people in India. It is expected to increase by another 21 percent in 2015, bringing it to 457 million.

In that vein, the growth occurring in the tremendous Indian population has placed the spotlight on the country as a significant contributor to the future of mobile commerce. Due to the sheer number of people there, it could propel the global figures upward so that more people will be shopping online by way of smartphones than laptops and desktop computers.