Following a massive unauthorized reveal several days ahead of the event, additional leaks only made it worse.

Yesterday’s Apple Event showed us many new things; primarily that the iPhone 7 leak was accurate. All the device specs were revealed days ahead of the event which was meant to be the first unveiling. That said, even if the main leaks hadn’t happened, two more only sealed the deal – one from Apple itself.

A range of different mistakes led much of the iPhone 7 specs to be revealed ahead of schedule.

Among the largest of the iPhone 7 leak mistakes that occurred the day of the Apple event was made by none other than Amazon. The giant marketplace posted the new Apple smartphone’s product pages with pictures and information before the massive event began. The pages provided information to consumers and industry watchers ahead of the event which intended to provide the reveal over live stream.

As if the iPhone 7 leak over Amazon.com wasn’t enough, Apple tweeted details on its own twitter account too early. 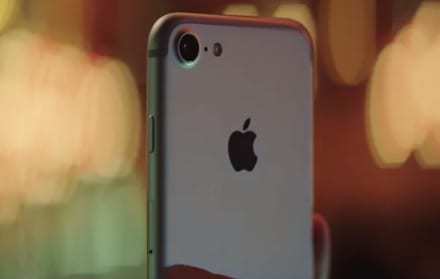 Apple itself accidentally posted promotional tweets on its own Twitter account ahead of the event. They provided images and even video that revealed some of the core features of the new smartphone. Though the tweets were rapidly deleted, they weren’t gone before some of the more careful watchers grabbed screencaps of the posts and their images of the new water resistant iPhones.

The original leaks about the iPhone 7 smartphones from a couple of days ago proved to be quite accurate. The iPhone 7 and iPhone 7 Plus are both water resistant and the larger of the two features a dual-lens rear camera. Moreover, the new “piano black finish” is indeed now a color. The 3.5 mm headphone jack is gone, just as predicted.

Also not a surprise was the unveiling of the Apple Watch 2, which was also leaked. The Apple Event also confirmed that Pokemon Go would soon become playable on the first generation of the smartwatch, which should be rather interesting to players with the wearable technology.

One announcement that didn’t make it into the iPhone 7 leak was made within the first few minutes of the event. The announcement was made by Shigeru Miyamoto, game designer and “Creative Fellow” at Nintendo. He announced that Super Mario Run would be Nintendo’s first mobile game featuring the most recognizable character from the brand. That mobile game will launch during this year’s holiday season on the iPhone.