Augmented reality is beginning to become extremely important to the advertising industry. More consumers are becoming mobile; tethered to smartphones and tablets that soak up a great deal of their time. As consumers become more involved in mobile technology, traditional marketing campaigns are beginning to lose their clout. Advertisers are starting to feel the need to adapt to a changing marketing landscape and augmented reality may be the engine that propels the sector into a new era of consumer engagement.

For the past two year, Blippar has been providing augmented reality services to prominent brands all over the world. The company is based in the United Kingdom and is only just over two years old, but it has managed to team with large brands like Budweiser, Cadbury, and Heinz to launch a multitude of augmented reality campaigns that have helped these brands engage mobile consumers. Blippar now accounts for 3 million users, all of whom make use of the company’s augmented reality mobile application on a regular basis to interact with a variety of campaigns supported by the company. 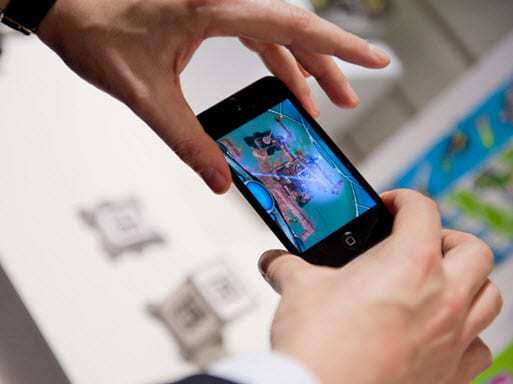 Blippar has become very popular with consumers because it unlocks access to augmented reality content in the real world. Without the application, much of this content would go unnoticed, but Blippar has helped people see the world around them in a new way, even going so far as to encourage them to take steps in developing their own augmented reality content. The application features a self-learning algorithm that is designed to provide consumers with advertisements that align with their specific interests. The more that the application is used, the better these advertisements will suit the interests of the user.

In August, Blippar plans to introduce a new level of interactivity to its application. The company intends to bring more social networking into the augmented reality field, allowing users of the application to connect with one another and share the content they find while using the app. Blippar expects that sharing and creating augmented reality content will become very common among consumers in the near future.