The limited edition piece of fashionable wearables has been added to the company’s collection.

Ringly’s first wearable technology launch was earlier this summer and it came in the form of a fashionable cocktail ring that was Bluetooth LE enabled, and that device was an immediate hit.

Now, the company has made a new limited edition design available to those who adore the device.

The original Ringly wearable technology was available in four colors. It provides the wearer with alerts whenever a notification – such as a call or a text – is received by a connected smartphone. The company was able to meet its pre-sales goal of $60,000 in under an incredible eight hours from having first launched these mobile devices. Within that same time span, it was completely sold out of its most expensive design.

In order to allow its fashionable wearable technology fans to stay at the forefront of style, a new limited edition design is available. 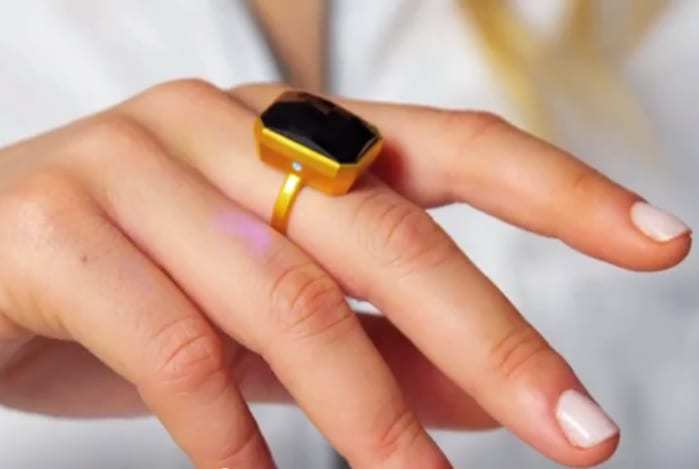 The latest limited edition offering is called the Dive Bar and Ringly has now made it available for pre-order for $195. The current selection of ring designs feature an 18 karat matte gold style. This new option has a shank that is rhodium plated, and its stone is tourmalated quartz. According to the company’s chief executive officer, Christina Mercando, “The beauty of launching with a pre-sale campaign is being able to listen to our early customers.”

This latest style is designed specifically for a look that will be more appealing throughout the winter months. “With our new style, Dive Bar, I wanted to introduce an option that was a bit edgier than our more classic launch styles. It’s also a great look for the Winter!,” said Mercando.

To use these wearables, an iPhone owner must first download the mobile app from Ringly (and purchase one of the rings, of course). From there, the jewelry is wirelessly connected to the smartphone and the notifications can be customized. The user can select from a number of colors and vibration patterns to let them know when they have received a phone call, a text, or a notification from other applications (for example, Facebook or Twitter).