It may not be long before chunky smartwatches and fitness trackers are gone and tiny adhesive patches replace them.

When looking at the current market for wearable technology, it is clear that the leaders are currently fitness trackers, with smartwatches far in the distance and smartglasses hoping for the future.

However, one company is looking into an entirely different and much smaller version of wearables.

A tech startup called Chaotic Moon is hoping to be able to eliminate the need for those chunky devices that often look like they are more suited to a sci-fi TV show than reality. They are working on the development of a temporary tattoo that could replicate the type of functions that are available through some of the most popular wearable technology devices on the current market, like those from Fitbit.

The temporary tattoo wearable technology is called the Tech Tat and uses biosensors to collect data. 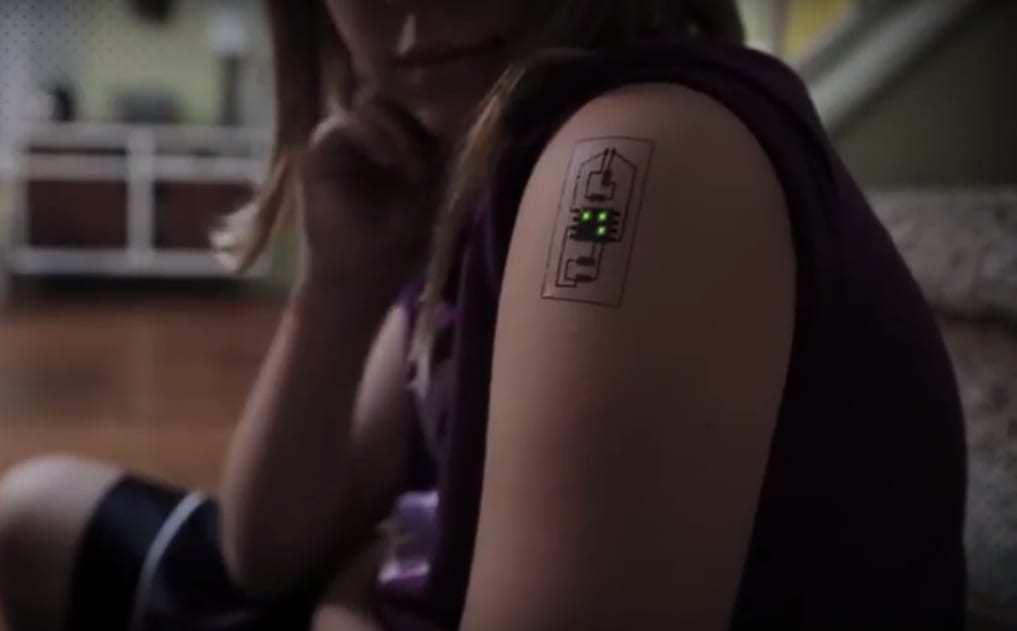 Among the types of vital statistics that these wearables will be able to collect include blood pressure, body temperature and heart rate. Furthermore, because of the very nature of the design as a temporary tattoo, it means that the wearer is not restricted to using the device exclusively on one place on their bodies – such as on the wrist. Instead, Chaotic Moon is working to ensure the device will be able to be worn essentially anywhere on the body.

Ben Lamm, the Chaotic Moon chief exec. explained that these wearable mobile devices use a form of electro-conductive paint in order to detect the wearer’s vital signs. That data is then transmitted by way of a Bluetooth signal to the user’s smartphone. He said that “We use a conductive material to connect the micro controller with a variety of sensors held within a flexible temporary tattoo format.”

At the moment, this wearable technology has not yet reached the point that it is ready for purchase by consumers, as it remains within its beta testing phase. However, it is expected to become quite popular due to the broad spectrum of potential uses that it may have to offer, particularly as fitness trackers.