People are paying so much attention to texting and so little attention to real life that one city has taken action.

Antwerp, Belgium, has become the latest city to join into the trend of protecting its residents who have a smartphone addiction by creating text walking lanes that are meant to keep people from wandering into dangerous situations when they fail to glance up at the real world while they are texting.

This may sound as though it is a silly thing to do, but texting while walking has become an increasingly dangerous problem.

The smartphone addiction problem has become great enough that people are no longer glancing up enough to stop themselves from being involved in some serious accidents. While it is becoming commonplace to hear about near misses, what is also troubling is the number of collisions that are also being reported. Not all of the situations in which texting pedestrians have wandered into the wrong place have had a happy ending.

These text walking lanes are being added to city sidewalks to help people with smartphone addiction to stay safe. 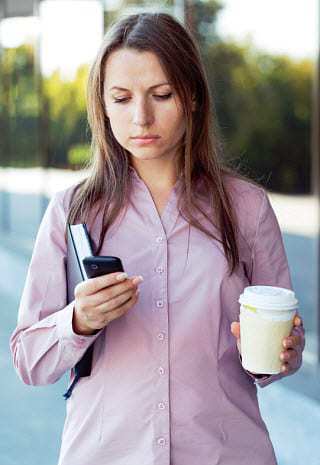 Antwerp has now added itself to a list of cities with text walking lanes that also includes Chongqing in China, as well as Washington D.C., here in the United States. The special lanes have been painted onto the sidewalks of a number of the busiest shopping streets in Antwerp. Though the effort is, at its core, a type of marketing stunt by Mlab, a local mobile technology firm, the fact that it is also quite useful and many other cities are using the lanes as a permanent safety measure. Many of the locals in Antwerp have already expressed that they wouldn’t mind if the lanes were kept in place.

Among the main types of accidents that have been suffered by texting smartphone addiction sufferers include walking into posts, poles, and trees and colliding with other pedestrians. However, as painful and frustrating as those situations may be, they are also a rising number of reports of pedestrians who have not been paying attention when they wandered into traffic while texting, or who have even walked into canals or off the ends of piers.