Technology news headlines have been revealing that people are becoming increasingly hooked on their mobile devices.

As a growing number of cases of internet and cell phone addiction have been making headlines – with the latest being a patient diagnosed as being hooked on his Google Glass – many have started to wonder whether smartphones are doing us more harm than good, when all is said and done. For this reason QR Code Press conducted a study to examine the various items and parts of our lives that people consider to be the most addictive.

The research involved a survey that asked participants “Which average daily act or thing do you think is the most addictive”.

The results of the QR Code Press study showed that as much as the media may be saying that cell phone addiction is a serious and growing problem, it is not the one that people feel is the largest in their own lives. In fact, as far as the way that people perceive their own addictions in daily life, the use of mobile devices was not the selection of a single participant, despite the fact that it was one of the available multiple choice options. 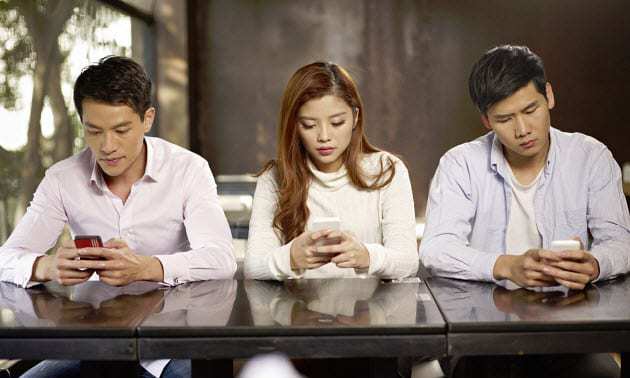 The results of the survey showed that the items and behaviors that people find to be the most addictive are: coffee (32 percent), social media viewing and posting (24 percent), sex (24 percent), chocolate (8 percent), and shopping (3 percent). A full 10 percent provided write-in responses.

Within those write-ins, some of which would have also counted for the “sex” response category (33 percent), others included drug use (50 percent), checking emails (almost 17 percent), and reading (over 16 percent).

This showed that while cell phone addiction may exist, people perceive other items and behaviors as more addictive.

While there are a growing number of professional diagnoses of internet and cell phone addiction, they are not a type of mental illness that is officially recognized by the American Psychiatric Association. That is the organization that is responsible for defining the mental health conditions that are considered to be psychiatric disorders. At the same time, many physical and mental health professionals believe that this is a serious issue and that the condition should be treated appropriately.

The clear winner in terms of the addictions that people feel are the strongest in their lives, was coffee. While coffee is actually considered to be a superfood with a range of different benefits, the rule of “everything in moderation” still applies. It is usually considered to be an addiction if at least three cups are required every day in order to function normally.

What is interesting about this QR Code press study on cell phone addiction is that it shows that while coffee was determined by the respondents to be far more addicting, it is also an item that has been made mobile, for a lifestyle that is constantly on the go.