While quick response codes are best known for their marketing uses, researchers are now seeing new potential for the barcodes.

While the most popular use of QR codes is, by far, in packaging and marketing, to ensure that consumers will be able to obtain the very latest information about a product or brand and its promotions, university researchers have recently revealed that they feel that these barcodes could do a lot more than just sell products.

A team from the University of Connecticut believes that quick response codes could help protect national security.

Bahram Javidi, a Board of Trustees Distinguished Professor, along with his research team, used advanced 3D imaging as well as encryption using exceptionally low light photon counting in order to recreate QR codes into a high-end form of cybersecurity app that can be used for the protection of microchip integrity for computers. The professor and the team published their findings within the IEEE Photonics Journal.

The researchers believe that using QR codes in this way makes them exceptionally difficult to replicate. 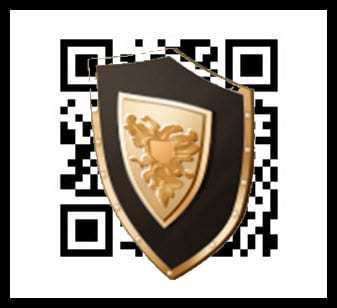 According to Javidi, “An optical code or QR code can be manufactured in such a way that it is very difficult to duplicate.” The team is a part of the Center for Hardware Assurance, Security, and Engineering (CHASE) at the University of Connecticut’s School of Engineering. Javidi added that “if you have the right keys, not only can you authenticate the chip, but you can also learn detailed information about the chip and what its specifications are. And, that is important to the person using it.”

Microchips or integrated circuits that have been recycled or corrupted have been adding a considerable risk to the international supply chain for electronics. Faulty or used computer chips may not be much of a concern when it comes to generating weak cellular phone reception or the occasional issue with a personal computer crash. However, that type of issue is highly problematic when hacked or counterfeit chips make their way into the U.S. military, for example.

Therefore, by adding these difficult to copy QR codes that are only a few microns or millimeters in size, it would make it possible for chips to be verified as authentic or potentially hacked.