Samsung has just announced its latest smartphone launch, the new Galaxy S3 Mini, which is NFC enabled in order to allow its users to be able to more quickly and easily share content such as music, videos, and photos.

This is considered to be some of the latest in smartphone technology, though it has come with some controversy.

These new devices are equipped with the manufacturer’s S Beam technology. This permits users to tap other enabled devices with their NFC technology equipped smartphones so that they can share music files of up to 10MB. Other models with this type of option include the Galaxy Note 2 and the Galaxy S3.

Even without a cellular or WiFi signal, the NFC technology can transfer the files between devices.

The S Beam can also create a combination of WiFi Direct with NFC technology so that even larger files can be shared between these smartphones, such as videos. Simon Stanford from Samsung U.K. pointed out that “NFC technology and the digital wallet started to gain significant traction in 2012, particularly in the run up to the Olympics.”

He went on to say that “It’s an exciting time in the mobile market watching the next phase of its evolution take shape, so we’re happy to announce that we are bringing these new experiences to our custom 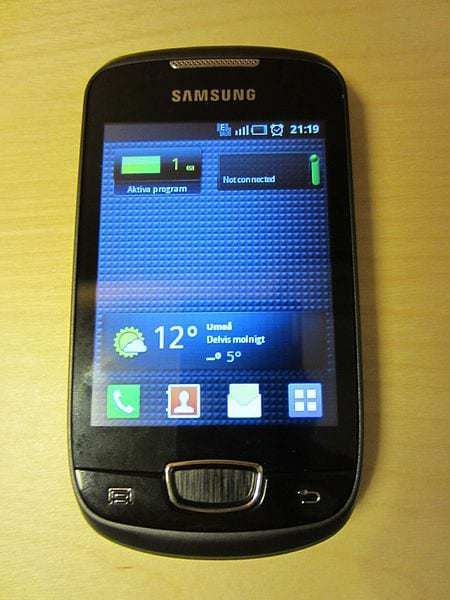 ers through our growing number of NFC-enabled devices.”

This new model is almost a replica of the Mini smartphone that the manufacturer launched last year, only this new device has been enabled with NFC technology. It is essentially a smaller version of the Galaxy S3 handset, which is the flagship of the company.

The new device runs on Android 4.1 Jelly Bean and offers a number of features that have been developed by Samsung, including Direct Call and S Voice for commands. It is expected that the device will become available at some point near the end of January or shortly afterward. That said, pricing for the device has not yet been announced.

This is yet another step forward in making NFC technology mainstream among smartphones, though it has yet to be included in any Apple devices.