Snap Games is a new addition to the Snapchat platform.

Snapchat mobile gaming has arrived. The multimedia messaging app has expanded its platform to include Snap Games, which lets users play real-time, multiplayer games while talking and texting with friends.

Bitmoji Party was announced as the first title for Snap Games.

During its first Snap Partner Summit in Los Angeles, the company revealed the launch of its Snapchat mobile gaming platform as well as its first Snap Games title, Bitmoji Party. Bitmoji Party is not unlike the style of Mario Party’s mini-games. More specifically, it has been designed to provide the feeling of playing a board game with family and friends.

Essentially, in the game, a player’s avatar competes with up to seven friends at the same time in a series of mini game challenges. These may include avoid getting knocked in the pool, staying balanced on a record while it’s scratched by a DJ, etc. Additionally, another 24 friends can spectate and rotate into the games.

Winners of the games earn coins that they can use to buy dances to stunt on their rivals. Throughout the game a chat bar is always present which users can use to text or voice to talk.

“Today there are hundreds of thousands of games available for our phones. But interestingly, with all of those games, there aren’t many that make it easy for friends to play together,” said Will Wu, Snapchat’s director or product, reports iNews.

Snapchat mobile gaming can help to bring in new revenue for the company.

The mobile games from Snapchat are without in-app purchases. Instead, players can watch reward-incentivized video ads, which the company hopes brings more game developers to its platform.

The company feels that its game platform has huge potential to boost the time users spend in the app and generate ad views due to Snap Games being ideal for its demographic, which is 13 to 34-year-olds.

Currently, users in the US can access the Snapchat mobile gaming platform on iOS and Android and can 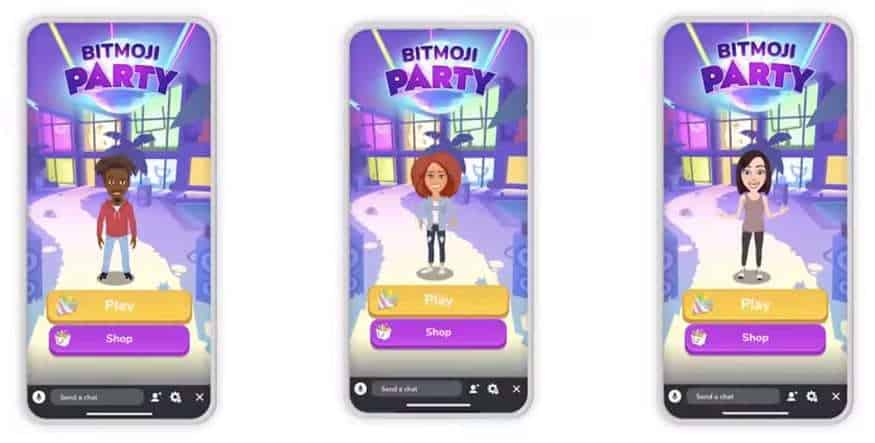 enjoy games from third-party studios like Zynga, ZeptoLab, PikPok, Spry Fox and Game Closure, with more to come in the future.