Many stating its currently being developed in part as a push for smartphone sales in lesser developed countries grows. China is said to be just one of the target markets for the new device.

An unnamed source has divulged that Apple, Inc. has been developing a new iPhone model since February of 2011 with hopes of releasing it by the end of 2013. The price of the current iPhone is steeper than other brands of smartphone, so the company seeks to expand into newer markets with an iPhone priced between $100 and $150 dollars. The anonymous source states that Apple has been in touch with at least one mobile phone carrier in the US about the plans for the new model of iPhone.

Emerging smartphone markets in various parts of the world have sparked interest at Apple to produce a lower-end iPhone that meets their standards. This move could boost US sales of the iPhone to less affluent customers. As it stands, Samsung, using the Android system, makes up 75% of mobile smartphone shipments and sales. Apple, at the present time, makes up just 15% of the market. The new iPhone may help turn those numbers more favorably towards Apple.

A shift in Apple strategy

Apple has had limited success in marketing to those with less disposable income in the past. Strategy employed by the company in this regard has been mostly limited to discounting older models of iPhone to appeal to a bigger mass market. Once a new model was released, the older ones were discounted and then marketed differently in hopes of new sales. 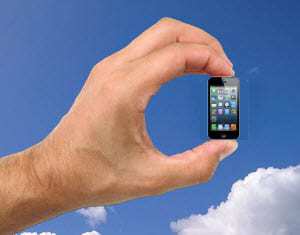 Instead, the new iPhone will be smaller and made with less expensive parts to keep the price down in the hopes of snagging a larger chunk of the smartphone market. Apple is also considering a model that will go with many different wireless carriers to attract customers who may want one but wish to stay with a familiar wireless carrier. Overall, Apple has sold over 270 million of its iPhones worldwide and accounted for more than half of the total revenue of Apple, Inc.