A recent survey showed that more than one in two consumers in Canada makes online purchases with a smartphone.

The results of a new study regarding Canadian mobile commerce users was recently released and showed some striking findings. It revealed that among all the consumers in that country, over half are using their smartphones to shop.

The research also went on to point out that Canadians enjoy shopping online on the whole.

The majority of shoppers in Canada are looking to online opportunities to buy what they want, said the study. The 2017 Omni Survey research was conducted by StackAdapt, an omni-channel advertising platform. Its figures showed that 53 percent of Canadian shoppers are mobile commerce users. Moreover, these shoppers haven’t just used their smartphones one time to make an online purchase. This is something many do at least once every now and again.

Among the mobile commerce users, 11 percent said they make more than half their online purchases with a smartphone. 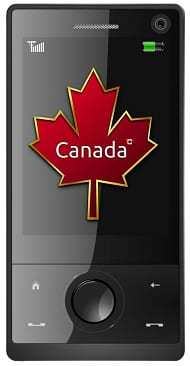 The survey also pointed out that 43 percent of consumers shop for entertainment purchases when using their mobile devices to buy. Another 41 percent shop for digital products, and 39 percent for consumer goods.

Women living with children under the age of 18 are the top online shoppers who use mobile devices and are notably more likely to buy online than their male counterparts.

Younger consumers who shop over mobile commerce channels are most likely to buy in the entertainment, digital products, clothing, services and financial products categories.

That said, there was a caution issued by StackAdapt regarding mobile commerce users. This was aimed toward companies hoping to benefit from online shoppers, as the firm said businesses are not offering consumers the mobile-optimized browsing experiences they expect. Eighty two percent of consumers who shop over mobile said they have been prevented from making a purchase by at least one issue in a smartphone based buying experience.