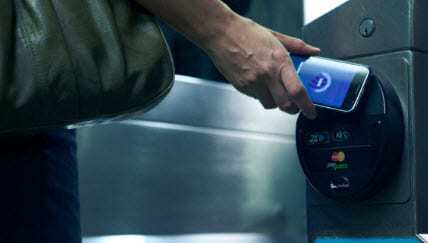 Will NFC technology take off in the US like it has in Japan?

Japan’s largest telecommunications company, DoCoMo Inc., has been working to develop its NFC infrastructure and services offered to consumers recently. The company is a leader in mobile technology in Japan and was the first to bring mobile Internet access to the country. The company has big plans to continue being the leading user of NFC technology in Japan, but believes that the technology will find major success in the U.S. DoCoMo senior executive vice president Kiyoyuki Tsujimura spoke last week to Bloomberg West’s Emily Chang regarding the future of NFC and mobile technology.

During the interview, Tsujimura noted that Japan hosts more than 1.5 million shops that use NFC technology and FeliCa – a contactless RFID payment card – to facilitate mobile commerce. These shops are doing well because of DoCoMo’s development of NFC-enabled mobile phones, which have become quite popular amongst consumers. DoCoMo uvieled a new mobile device last month that combines traditional NFC technology with the FeliCa system. This device would allow consumers more versatility in their mobile transactions.

Tsujimura believes that NFC will become more popular in the U.S. in the coming years. This will largely be due to the growing interest consumers are showing in mobile commerce. This interest has spurred telecommunications companies to manufacture more NFC-enabled mobile devices. Throughout much of the world, mobile commerce has been hindered by the lack of NFC-enabled smart phones and other mobile devices. This has been a significant problem because NFC technology and the mobile commerce industry have been advancing at a quick pace in terms of development, but consumers have not been able to take part in the industry because they lack the technology to do so.

Tsujimura believes that as more U.S. telecommunications companies focus on developed SIM-based NFC chips, the availability of NFC-enabled mobile devices will skyrocket. By embedded NFC chips in SIM cards, a wider range of mobile device can make use of the technology and be used to make mobile purchases. If U.S. companies succeed in combining these technologies, Tsujimura believes they will see the same success that DoCoMo has seen in Japan.