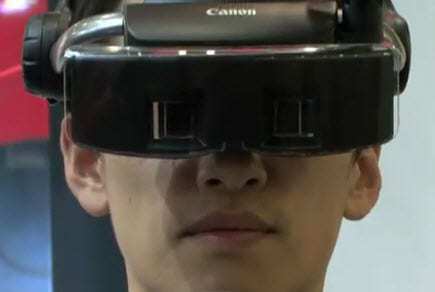 Advances in technology are not only beneficial to the world of entertainment. Augmented reality has been growing more complex and powerful in recent years, and while the technology is primarily used for entraining mobile applications, it could have very promising practical uses. Wearable augmented reality systems, such as augmented reality glasses, could soon be widely used by public workers more so than by consumers. The Kopin Corporation, the ambitious developer of the Golden-i augmented reality headset, has begun showing off its powerful product.

Golden-i is a high-tech headset that could have major potential in the world of law enforcement, according to the company’s latest video. The headset is equipped with a high quality onboard camera, motion sensing technologies, a microphone, high fidelity display,  and, of course, a powerful augmented reality system. The headset is a relatively new approach to the use of the technology, as most attempts at developing wearable augmented reality systems involve eyewear. According to Kopin, the headset can be used by law enforcement to great effect.

System could be used to help law enforcement do its job