The animals could one day find themselves wearing AR technology so solders can issue remote commands.

New augmented reality goggles for dogs in the United States military could one day become standard gear for the working animals. This would provide soldiers with the ability to issue remote commands to the dogs during operations.

The high-tech eyewear for dogs is under development by Seattle-based Command Sight.

Command Sight has received US Army research funding to develop the augmented reality goggles for military dogs. The goal is to create gear that will help in rescue operations and for scouting potentially dangerous areas for explosives and other hazards while keeping handlers at a comparably safer distance.

According to the US Army, this tech is a first of its kind. It functions by allowing handlers to see everything in the dog’s line of sight. With that information, the handlers can provide the animals with specific commands based on the visual cues. This would help to support and often replace the use of hand signals and laser pointers handlers currently use, which require far closer proximity. Today’s handlers also occasionally use audio communication with the dogs, using a radio and camera attached to the animal. However, this method often proves confusing to the dogs.

The goal is to use the augmented reality googles for dogs as a substantial improvement over current methods.

The Army already views the AR eyewear as a considerable opportunity to provide a safer and more accurate alternative to Special Forces dogs and their handlers. This is particularly promising as the animals already typically wear protective eyewear during operations and are therefore accustomed to the feeling.

The new tech is providing the military with a “critical tool to better communicate with military working dogs,” said Army Research Office senior scientist Stephen Lee. “Augmented reality works differently for dogs than for humans,” he added. “AR will be used to provide dogs with commands and cues; it’s not for the dog to interact with it like a human does.”

The prototype augmented reality goggles require the dog to remain on a leash, since the 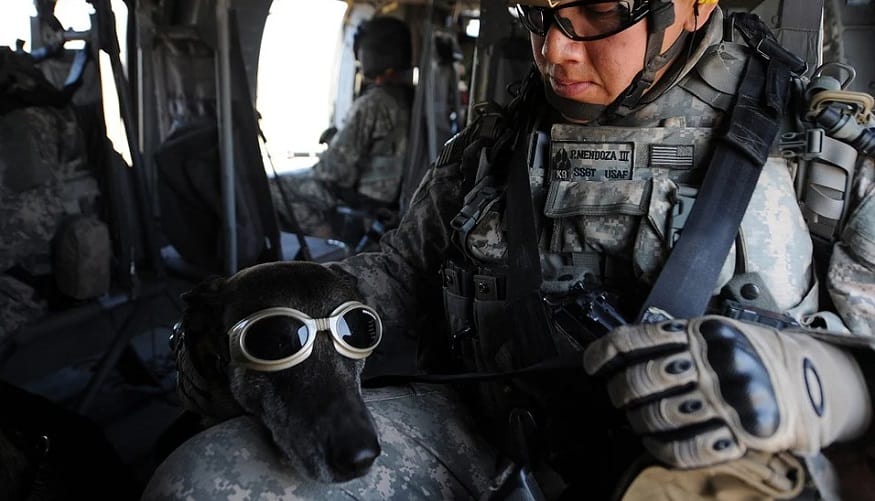 eyewear is wired. However, the researchers are currently developing wireless alternatives that will be developed within the project’s next phase.