Cambridge engineers at the Centre for Advanced Photonics and Electronics (CAPE) have developed a new augmented reality HMD that not only provide a realistic 3D viewing experience, but manages to do so without the common side effects of eyestrain or nausea.

The AR (augmented reality) HMD (head mounted display) is equipped with an enlarged eye-box. The eye-box is scalable and features an increased field of view of 36 degrees, allowing for a comfortable viewing experience.

The device displays images on the retina using pixel beam scanning. This makes sure that the images always stay in focus, no matter the distance on which the user is fixated.

The augmented reality HMD uses partially reflective beam splitters to form an extra “exit pupil,” which is a virtual opening though which light travels. This, combined with narrow pixel beams that travel in parallel to one another, without dispersing in other directions, generates a high-quality image that remains unaffected by changes in eye focus.

The augmented reality HMD is suited to a wide range of indoor and outdoor uses.

In a subjective user study conducted with over 50 participants between the ages 16 and 60, it was revealed that the 3D effect was “very convincing” for objects that were from 20 cm to 10 m. The images and videos were of “vivid color” and high contrast with no pixels that could be seen, according to the University of Cambridge, reports Tech Xplore.

Additionally, none of the 50 participants reported eyestrain or nausea, even after wearing the HMD for prolonged periods of time or even all day.

“Our research offers up a wearable AR experience that rivals the market leaders thanks to its comfortable 3-D viewing which causes no nausea or eyestrain to the user,” said Professor Daping Chu, director of the Centre for Photonic Devices and Sensors and Director of CAPE, who led the study.

“It can deliver high quality clear images directly on the retina, even if the user is wearing glasses. This can help the user to see displayed real world and virtual objects clearly in an immersive environment, regardless of the quality of the user’s vision.”

The head mounted display is of high brightness and is reportedly suited to an array of indoor and outdoor uses. Additional research is in progress to explore the device’s potential use in areas of different applications, including computer-aided design development, training, hospitality, outdoor sport, defense applications, construction, data manipulation, etc.

Eventually, the researchers would like to make a smaller version of the HMD prototype and create a glasses-based device. 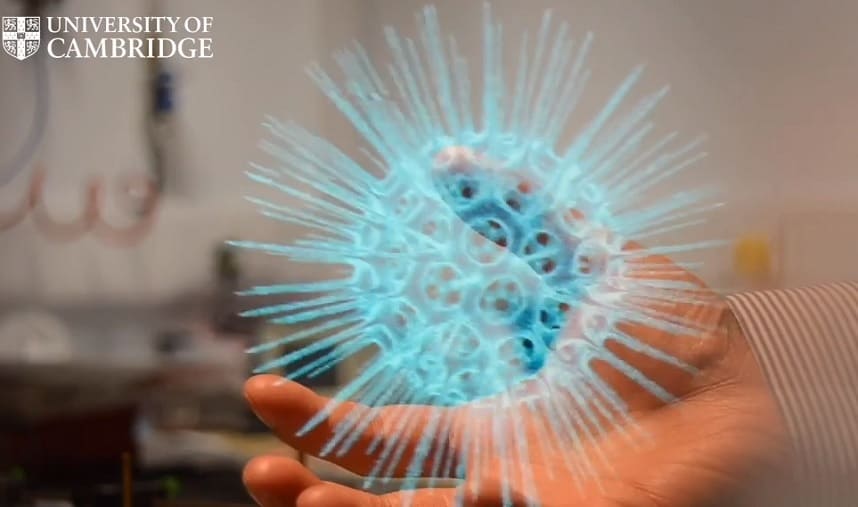 European Research Center, in Munich. Study information about the innovative AR head mounted display has been published in the journal Research.