A new report reveals that mobile gamers are a “lucrative, untapped audience for brands.”

Newzoo has collaborated with Activision Blizzard and released a new mobile games report called “Betting on Billions: Unlocking the Power of Mobile Gamers.” The report outlines how mobile gamers are important to brands as they represent a lucrative and untapped audience and predicts that approximately 2.4 billion people will play mobile games this year.

Mobile gaming is the third most popular mobile app.

However, on the whole, following behind social media and shopping apps, the report finds that mobile games are the “third-most-popular” type of app, tied with music streaming apps overall.

Furthermore, the gender breakdown in relation to games alters depending on the genre. For instance, the report found that while 66% of puzzle mobile app users are women, action/adventure games are played by more men (63%). Additionally, shooter-style mobile games have the highest percentage of male players at 74%.

Newzoo revealed that Candy Crush Saga continues to be the top mobile game played in the last month, with one in three mobile gamers playing the match-three puzzle game over the past month, making it nearly twice as popular as the next most popular titles: Pokémon Go, Fortnite, and Angry Birds.

The report also found that gamers are more open to advertising and branding and are also much more likely to have a positive attitude toward global brands.

“Compared to non-gamers, mobile gamers are also much more receptive to advertising. They are more likely to use ads to keep up with products and services, associate advertising with high-quality brands, and—most importantly—buy products from brands whose ads they enjoy,” the report states.

Newzoo’s mobile games report was the result of data collected from over 12,000 app users who were 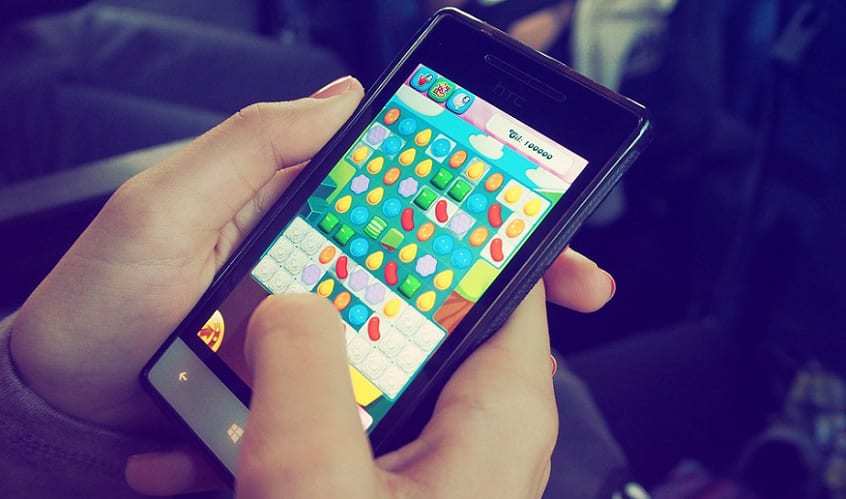 interviewed for the survey over a two-week period this past December (2018). The data was collected from users in the United States, the UK, Germany and France.