The Canadian smartphone manufacturer now has a court order against a product’s copyright infringement.

The first technology news regarding the BlackBerry case against Ryan Seacrest’s Typo Products LLC has now been released, as the handset manufacturer has obtained a preliminary injunction to stop Typo from selling a $99 iPhone case.

This, following the decision of a judge that said that Typo was likely infringing on BlackBerry’s patents.

San Francisco U.S. District Judge William Orrick, explained that as the technology news stood, BlackBerry was able to establish that there was indeed a “likelihood” of being able to prove that Type had infringed upon its patents. At the same time, the judge indicated that Type did not present a sufficient challenge to the patents that have allegedly been infringed upon.

This preliminary injunction is important technology news as it stops Typo from selling its keyboard product. 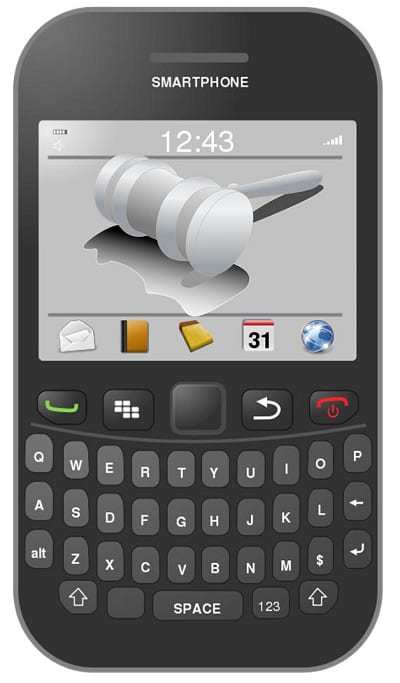 The injunction rules that Typo will not be able to sell its keyboard, which is one of the forms of relief that BlackBerry has been seeking in the case. According to a spokesperson from that company, in an email, “BlackBerry is pleased that its motion for a preliminary injunction against Typo Products LLC was granted. This ruling will help prevent further injury to BlackBerry from Typo’s blatant theft of our patented keyboard technology.”

At the time of the writing of this article, Typo was not immediately available for comment, as it was outside of the company’s regular business hours.

This lawsuit was filed back in January by BlackBerry against Typo, which was co-founded by Ryan Seacrest, best known for being the host of American Idol. The problem is with a product that Typo is selling that can be attached to the touchscreen of the iPhone 5 models of Apple smartphone, converting it into a physical keyboard.

The technology news got started in case number 14-cv-00023-WHO in the United States District Court for the Northern District of California when BlackBerry determined that the Typo product infringed on its patents. After that time, Typo had stated that it felt that the lawsuit that had been filed against it was lacking in merit.