The legal action is being taken as a result of alleged patent infringement by the celebrity’s startup.

The BlackBerry technology news that is now making headlines isn’t about how the struggling handset maker is continue to try to claw its way back into profitability, but is instead focused on the accusations that the company has made against a company backed by Ryan Seacrest, the host of “American Idol”.

The company is accusing Seacrest of ripping off the company’s patents in an iPhone keyboard the startup has made.

The allegations behind this BlackBerry technology news have been filed in a federal court in San Francisco. The lawsuit is geared toward a keyboard made for iPhone devices by Typo Products LLC, which is a startup based in Los Angeles, which was co-founded by Laurence Hallier and Ryan Seacrest. The filing states that the keyboard that Typo Products has manufactured for some of the most recent models of the iPhone is actually illegally copying designs and technologies that were patented by RIM (the former name of the BlackBerry company, which stood for Research In Motion) a number of years ago for its own handsets.

At the moment this BlackBerry technology news involves an unspecified amount of damages and a court order. 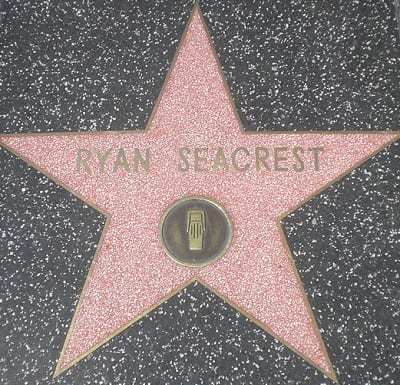 The troubled Canadian smartphone maker is seeking damages in an unspecified amount on top of a court order that would stop Typo Products from being able to sell the keyboard that it has been manufacturing unless it first reaches a licensing agreement with BlackBerry. As of yet, the product has yet to actually reach the market, although Typo has already been taking pre-orders for this iPhone compatible gadget.

The keyboard is designed to be able to function with the iPhone 5 and the iPhone 5S. It would slip onto the Apple smartphones and work as an alternative to the touchscreen keyboard that is included in the devices. That said, these types of physical keyboards are among the features for which the smartphone manufacturer from Canada had been most recognized. In fact, the built in, physical keyboards on those devices were revolutionary and were integral in changing the way that people were using their devices, paving the way for the current smartphone design which greatly differs from the old numeric pad on older cell phone models.