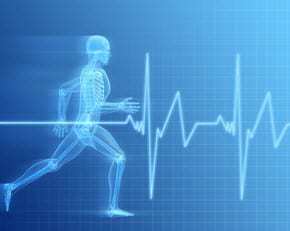 That said, while there is massive potential there, adoption is currently at a slow rate.

A recent report has revealed that the sensor market for mhealth will experience an annual increase of 70 percent, but at the same time, the results of a physician survey are revealing that there aren’t many people who are actually using these apps.

Though there is a tremendous amount of potential for growth in mobile health, consumers aren’t biting yet.

Though some in the industry believe that the Pew physician survey may underestimate the amount of use that mhealth apps are actually receiving – as it would rely on patients relaying this information to their doctors – it still indicates that self tracking and sensor applications and devices are likely not being used as much as they could be for their full benefit.

Now, a new mhealth survey has forecasted that there will be greater growth than previous studies have indicated.

A market research firm called Research2Guidance has now released the details of their latest study, showing that over the next five years, there will be growth of almost 70 percent in the mhealth sensor market. This research also indicated that the revenue that these mobile health
products will generate will rise to $5.6 billion by 2017.

Though this is very promising and it does show a similar direction to previous similar studies – though this one appears to be a little more optimistic than some – it is causing some in the industry to scratch their heads as the data conflicts rather directly with some related studies, such as the one from Pew.

The assumption being made is that while people aren’t using mhealth very much quite yet, this will start to change and will take off to a rather explosive degree. The availability of good quality apps, the awareness of new programs, and the improvement of the processes and the devices themselves for consumers will mean that they will become much more convenient than traditional medical devices that are currently being used in the mainstream.

One of the primary examples provided regarding the shift from traditional medical devices to mhealth includes the wristbands that seniors wear to detect falls and alert medical personnel or caregivers.