Annual award given to the president and CEO of the company for ongoing efforts to promote the industry.

The president and CEO of Impact Mobile, Gary Schwartz, has just received the title of Mobile Commerce Evangelist of the Year as decided by the editorial team of a well reputed online m-commerce publication.

The Mobile Commerce Daily annual award is an important recognition within the industry.

Schwartz was given this recognition due to his continued efforts in order to promote m-commerce as a whole, by way of his leadership in the industry. The CEO of Impact Mobile is well known for his books on the subject as well as his efforts in authoring a number of industry standards. Moreover, he has been tirelessly promoting events worldwide.

The m-commerce recognition is named every year to those who have made significant contributions to the industry.

At the time of the award, Schwartz had already published two books on the subject of m-commerce. These are “Fast Shopper. Slow Store” and “The Impulse Economy: Understanding Mobile Shoppers and What Makes Them Buy”. These were both published by Simon & Schuster.

The winner of the award has also held the chair position at Mobile Entertainment Forum North America for three terms and maintains a membership with the MEF Global Board in the U.K. He is – and has bee 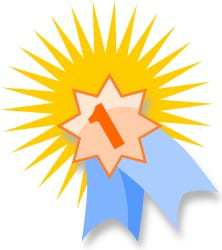 n – highly active throughout many different levels and facets of the m-commerce world and this labor is ongoing.

The man is responsible for the establishment of a joint task force that was created between the IAB and the Mobile Marketing Association (MMA) through the assistance of the Media Rating Council (MRC). This allowed for the development of a worldwide, auditable m-commerce standard of measurements.