Jason Yun’s winning design gives visitors to Australia’s Central Station the chance to look back over the years.

The winner of the Cosentino Design Challenge has now been announced as Jason Yun, who implemented live QR codes at the Central Railway Station in order to provide visitors with a time traveling experience through the use of their smartphones.

The up and coming architect chose the location because it is one he will be able to visit on a regular basis.

Yun entered the contest with his display of QR codes and ended up earning the Cosentino Design Challenge top spot in Australia with his creation. His project has been applauded for its new and innovative approach to bringing the Central Railway Station’s unique and fascinating history to its visitors through user friendly digital means. The quick response codes are simple to find, easy to use, and highly informative, and were impressive enough to bring Yun the top prize for the country. 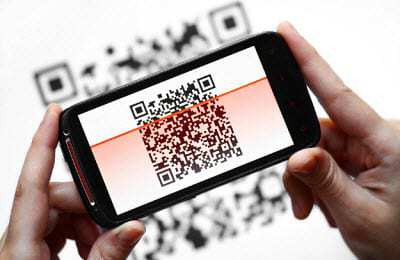 According to Yun, “I wanted a place that I could visit and so I chose Central Station because I use the station to get to university (UTS) and also because the station has a lot of history with the building of the clock tower and when Queen Elizabeth II and Prince Phillip visited in 1954.”

Though he hadn’t won in the international category of the competition, he did bring in the prize for Australia, which came as quite the surprise to Yun. Overall, he enjoyed the experience that allowed him to “think in a different way,” as it was not simply a matter of building a new façade, but instead involved a functional component.

The concept was that the use of a QRcode could provide visitors with an urban tour, starting there, and moving to the next, which would be positioned at another historical location nearby.