This prediction about the country’s transaction systems has been made by MasterCard.

When it comes to cash, it is becoming increasingly rare to see in the average wallet in Canada, not because consumers don’t have any money, but because these consumers are relying more heavily on cashless transactions, such as debit and credit cards, as well as Canadian mobile payments.

Residents of the country have been adopting transactions with their smartphones quite rapidly.

When compared to their counterparts in similar economies, Canadian mobile payments have been taking off quite quickly and consumers have seemed quite open to adopting them. Industry giants have been taking notice including one of the most recent examples, which occurred in the report that was entitled “Cashless Journey”, in which MasterCard ranked Canada in third place, behind only Belgium and France as the most cashless societies in the world.

MasterCard feels that Canadian mobile payments are primed and ready to take off. 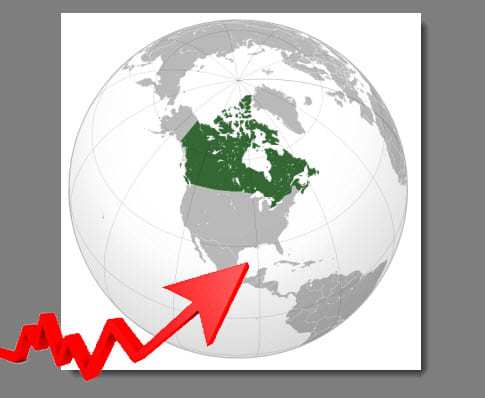 That company’s data revealed that 90 percent of the money that is currently spent purchasing products and services in Canada is transacted by way of debit and credit cards (or other cashless forms of paying). MasterCard also said that Canada is the country that is the most prepared for moving toward an economy that no longer uses any cash at all.

According to the MONEXgroup vice president of sales and marketing, Parry Rosenberg, “Canadian consumers and businesses alike are showing an increased desire for transactions not involving cash.” He went on to say that “From multimillion dollar corporations all the way down to local businesses, the ability to process credit and debit transactions is a must in today’s retail economy.”

Some of the reasons that were identified that helped to indicate that people in Canada have a preference for plastic and digital funds is that they enjoy the added security that comes with using PIN secured cards and password protected accounts. The people in the country have become familiar with the risk of theft that is associated with using cash and have had their concerns assuaged by the added security of using plastic and, increasingly Canadian mobile payments.